Turning the Evil of Missionary Money into a Mitzvah and Kiddush Hashm! 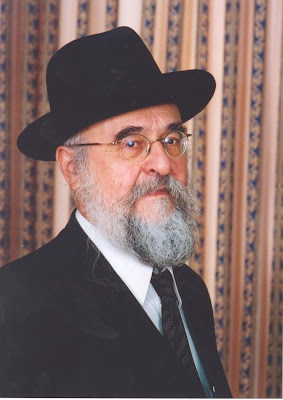 Truly, one mitzvah begets another here. I wonder what led them to believe there were ulterior motives—that would be interesting to find out.

I am so proud of these families from Bnei Netzarim, who must have really needed this money, but chose to take the harder road, refused to sell out, and tried to do what was right. They took the missionary money and gave it to an anti-missionary group.

Then, believing the money should not even be used by their own group, Yad L’Achim also turned down the money when that group needed it most.

Then the anonymous donor from Venezuela completed this beautiful chain. Not only has this donor fulfilled the highest form of tzedakkah—the tzedakkah given anonymously—but this donor has worked truly with the hand of the Almighty, to bring sweetness to a powerful but difficult ethical stance by Yad L’Achim. May this donor find reward in everything they do, and may Hashm show them the open hand that they have shown others.

This is such a beautiful example of how something unseemly can, with the right people involved, turn around to bring goodness, blessing, and Kiddush Hashm!

But it doesn't have to stop here. Now, with the publication of this beautiful chain of mitzvot, others may also donate to Yad L’Achim, and to the families of Bnei Netzarim. Such dedication to Torah Values should be greatly rewarded.

(IsraelNN.com) Two Jewish religious groups turned down a missionary donation of thousands of dollars – and received the same sum from a Venezuelan philanthropist instead.

The story began several months ago, when a group of families from Disengagement-destroyed Netzarim - formerly of northern Gush Katif - received a donation of 21,502 shekels, worth some $6,000 at the time. The families had reason to believe that their benefactors had ulterior motives, and upon further investigation, found that the money came from a missionary organization.

They asked Rabbi Shlomo Aviner, Dean of Yeshivat Ateret Cohanim in the Old City of Jerusalem, for his opinion, and he recommended that they not use the money. He said they should send the full sum to the anti-missionary Yad L’Achim organization, where it would be used in the fight against those who try to convert Jews to any form of Christianity or belief in Jesus.

However, Yad L’Achim, too, did not wish to use the money, by express instruction of organization founder and chairman Rabbi Shalom Dov Lifshitz. “This, despite the various dispensations that can be found for situations like this, and despite the dwindling contributions in recent months,” said sources in Yad L’Achim.

Following the publication of this story earlier this month, at least one person, a Jew from Venezuela, was particularly moved by the groups’ self-sacrifice – and decided to donate the identical sum.

The unidentified philanthropist called the central Yad L’Achim office in Bnei Brak one day last week, and asked to speak to Rabbi Lifshitz “The moment I heard about the large donation that the people of Netzarim sent you because they didn’t want to use missionary money," the caller said, "and how you also refused to use it, despite the difficult financial situation everyone is going through – I was very moved. I could not remain apathetic, and I would like to give you a donation in the same sum.”

'Accepting Money From Missionaries Strengthens Them'
Rabbi Lifshitz said afterwards, “This very emotional donation proves the words of our holy Torah, ‘Is G-d’s hand too short [to provide]?’ Anyone with eyes can see clearly that G-d finds the way to help whoever needs, without having to rely on non-kosher sources… The very acceptance of money from missionary organizations strengthens them, Heaven forbid.”

It was not reported if the donor made a similar offer to Netzarim.

Netzarim Families Continue Farming
Some 45 uprooted families of Netzarim are currently living in the Halutza Sands town of Yevul, southeast of Gaza. Many of them are engaged in the same type of organic agriculture in which they worked in Gush Katif, raising organic lettuce, peppers, and more.

Together with another 35 families who have since joined them, they are planning to move to Bnei Netzarim, a community whose construction has just begun. They hope that the first families will be able to begin moving to their new homes, some five kilometers to the south, within a year.
Posted by Unknown at 7:45 PM