Purim Joy! The Jews are Free of Freeman as He Withdraws Name from Consideration as NIC Chair 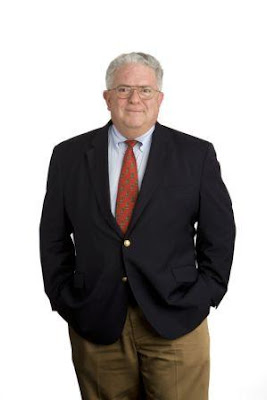 Well, well, well. It looks like King Obama's pick for advisor, the evil Chas Freeman, has decided to withdraw his name from consideration as Chair of the National Intelligence Council.

I guess I shouldn't read too much into the fact that he made this decision on Purim?

I already know the parts of the King and Haman, as you can probably guess. I wonder who played Mordechi in this drama? Lieberman?

I wonder who was Esther? Could Hillary have played that part?

The part of Mordechi definitely doesn't go to Dennis Ross. I can't believe he stood up there and defended Freeman against his critics. Wasn't he completely embarrassed to do so? Seriously.

Now, how many more Hamanim will show their faces in the Obama camp before we all realize what he is up to. I don't trust the guy, I won't trust the guy, and I think the guy is out to destroy Israel for his dear dear Jew-hating, Jew-bating friends.

I hope we can make it through the next four years with our dear Israel intact, but, with Bibi at the helm, I fear we are heading directly into the shoals.

Charles (Chas) Freeman, who was slated to be picked as the new chairman of the National Intelligence Council, withdrew his candidacy for the post on Tuesday.

The move was announced in Washington by Dennis Blair, the director of National Intelligence. Since news of Freeman's nomination, Jewish organizations have leveled criticism at the pick due to his history of opposition to Israel's policies in the Palestinian territories.

Some lawmakers protested about remarks he made in the past on Israeli "oppression" of Palestinians, and about China.
Advertisement
Freeman's withdrawal came just hours after Blair defended him in Congress as a man of "strong views, of an inventive mind and the analytical point of view."

"I think I can do a better job if I'm getting strong analytical viewpoints to sort out and pass on to you and to the president than if I am getting pre-cooked pablum judgments that don't really challenge," Blair told the Senate Armed Services Committee earlier on Tuesday.

The intelligence council that Freeman had been picked to head prepares the formal assessments by U.S. intelligence agencies of major issues such as Iran's nuclear capability.

The National Intelligence Council position does not require Senate confirmation.

But Freeman's past remarks on Israel and a comment seen as condoning China's Tiananmen Square crackdown, have stirred controversy. He is quoted as saying in 2007 that "The brutal oppression of the Palestinians by Israeli occupation shows no sign of ending," and "American identification with Israel has become total."

Freeman's professional ties had also come under scrutiny from critics. He had served on the board of the China National Offshore Oil Co. and as president of the Middle East Policy Council, a Washington think tank funded at least in part by Saudi Arabia.

Freeman is a former U.S. ambassador to Saudi Arabia and assistant secretary of defense for international security. He was also a senior U.S. diplomat in China in the 1980s
Posted by Unknown at 5:49 PM