B"H
Kudos go to Shelomo Alfassa who, by carefully combing through archives and historical records, has finally documented the dirty secret of Bulgaria:  13,000 Ladino-Speaking Jews deported to Nazi death camps.
There was full knowledge of this horrible act, yet Bulgaria had the chutzpah to stand before our Congress and testify that they never deported Jews.  Shame on them for the deportation, and double shame on them for the lies!
Did they think this truth was so well buried, these victims so completely silenced that it would never come out?
Can the deaths of 13,000 be cleansed from history without anyone noticing??
Members of my dear husband's family were likely among those deported from Macedonia.
I have wept over the pictures of his relatives in the holocaust archives--many who looked so much like my husband, his sisters, and our children that I am still haunted by their eyes, their gentle smiles, and the way they stand in their pictures: a young man dressed fashionably leaning against a table and looking into the camera, an old man dressed in traditional clothes posed with his books, a young woman demure and quiet with her hands folded in her lap, two beautiful toddlers dressed in white with their dark eyes shining.
I think of them, in the quiet times in my day, and I wonder what horrors they went through at the end of their lives--Were the children cruelly separated from their parents?  Was that young woman raped?   Was the young man tortured, or killed trying to defend his family?  Did the old man live to see his library burned and his family scattered, or was he spared those horrible moments?
They died in Treblinka.  Now I know why.
Bulgaria--it is time to admit what you did.
On March 1, 2011, the International Committee for Bulgarian Holocaust-Era Truth, in cooperation with the Association of Friends of Greek Jewry, National Association of Jewish Child Holocaust Survivors, Kahal Kedosha Janina, The Sephardic Temple and the International Sephardic Leadership Council, will hold a public program in New York, which will call on the government of Bulgaria to halt their continued whitewashing of history.
Please visit alfassa.com/bulgaria.html for more information.
M
Read more »
Posted by Unknown at 8:05 AM 8 comments: 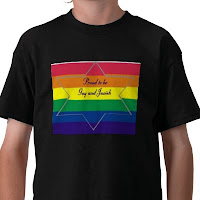 B"H
Homosexuals are children of G-d.
G-d forbid that we would lose one Jew to suicide because they are homosexual. This is the most horrible thing I could imagine!
We all struggle with our Yetzer Hara, we all sin, none of us are "perfect."
The perfect person is not a Jewish ideal. None of our patriarchs and none of our matriarchs were perfect. They were amazing because, even with their imperfections, they struggled to improve the world, follow G-d's law, and deal with the adversities of the human condition.
So, they are gay--so what? It is our actions, not our predilections that are important.
We must concern ourselves with the mitzvot, and everyone must pay attention to their own mitzvot (and the mitzvot of our children) before we start involving ourselves in the mitzvot of others. We must not judge others.
So, why shouldn't they be orthodox? Why shouldn't they be considered good Jews? Do we know their actions, or just their predilections?
We do not have the right to assume anything of anyone, and we are supposed to always assume the best.
G-d bless these Jews, may they grow in Mitzvot every day.
M
-----
Gay Orthodox Shabbaton Was  Like ‘Heaven’
http://www.thejewishweek.com/news/new_york/gay_orthodox_shabbaton_was_heaven
Tuesday, February 8, 2011
Sandee Brawarsky
Special To The Jewish Week

Usually, when Adam goes to shul, he feels like part of him is just not there. In the black-hat synagogue he attends with his children, he feels that he’s always guarding the secret that he’s gay.
Read more »
Posted by Unknown at 6:00 PM 2 comments: 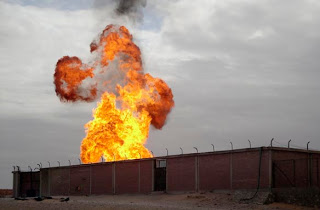