Finally! Bibi has found his BZ! EVERY terrorist who took part in the raid against innocent Israeli citizens in Eilat have been ELIMINATED. That includes the lookouts and the scouts--E*V*E*R*Y*O*N*E.

For once, Bibi didn't act like someone's vassal, asking for "permission" to strike.  He acted like he should act:  like the Prime Minister of the INDEPENDENT State of Israel.
Bully for you, Bibi!  That's 20 down . . . and about 20,000 to go.
According to this article, EVERY terrorist who took part in the raid against innocent Israeli citizens in Eilat have been ELIMINATED.  That includes the lookouts and the scouts E*V*E*R*Y*O*N*E.
I hope he is right.  I hope that every single one of them is dead.
I hope we bury every single one of them upside down, in an unmarked grave, under a pig farm . . . but I doubt Bibi will do that.
He will have to show "diplomacy," lest our enemies actually believe that we are as tough as Bibi says we are.
Still, it is a very nice feeling knowing that, not only did we kill the active members, we also killed the mastermind.
Now, where do we go to kill the "imam" that gave this his blessing?  I think that guy should be unable to sleep well in his bed for however long it takes to send him to hell.
Keep it up, Bibi!  Don't take prisoners to be exchanged!  Don't give in!
M

Please, Israel! Block Your Ears! Gird Your Loins! ATTACK!! ATTACK!! Don't Listen to the EU and US Weenies! DESTROY AMALEK!

Again, the scum of the earth, the most despicable vermin to walk the earth, have attacked my beloved Israel.
May Israel learn that Hashm was not kidding when HE said to "clear the land before you." This is our land, a heritage given by Hashm, which cannot be traded away for fictional promises of "peace."
We must retake every inch of Israel from these heathen scum and make no excuses for doing so. Then there will be Peace!
I am SO angry right now.
Please, Israel!
Please!
Block your ears! Gird your loins!
ATTACK!! ATTACK!!
Don't listen to the EU or US weenies! They have no idea what our role in the world is, they don't understand what it is to be attacked because you are a Jew.
They are Amalek.  Destroy them.
M
Read more »
Posted by Unknown at 9:28 AM No comments:

Rockets from Gaza, Hezbullah Gearing Up, and Egyptian Troops Taking on al Qaeda in the Sinai . . . Maybe G-d wasn't Bluffing When HE Said We Should "Drive Out the Inhabitants of the Land Before You."

"The L-rd spoke to Moses in the plains of Moab by the Jordan at Jericho, saying:

'Speak to the children of Israel and say to them: When you cross the Jordan into the land of Canaan, you shall drive out all the inhabitants of the land from before you, destroy all their temples, destroy their molten idols, and demolish their high places.  You shall clear out the Land and settle in it, for I have given you the Land to occupy it.

'You shall give the Land as an inheritance to your families by lot; to the large, you shall give a larger inheritance and to the small you shall give a smaller inheritance; wherever the lot falls shall be his; according to the tribes of your fathers, you shall inherit.
'But if you do not drive out the inhabitants of the Land from before you, then those whom you leave over will be as spikes in your eyes and thorns in your sides, and they will harass you in the land in which you settle.
'And it will be that what I had intended to do to them, I will do to you.'"
Bamidbar/Numbers 33:50-56

I don't suppose that G-d could have been much clearer here.  We are COMMANDED to rid the land of Israel of our enemies.
The command is especially harsh and clear because G-d knows that this will be very hard for us to do.
Not hard as in "we are not a strong military force," but hard as in "all the other nations will despise us."
Peer pressure, it seems, is just as difficult for nations as it is for adolescents.
Read more »
Posted by Unknown at 4:27 AM No comments: 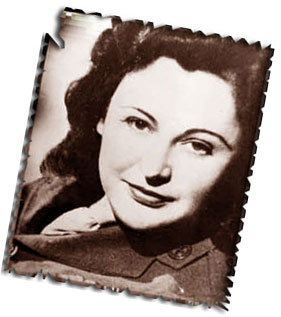 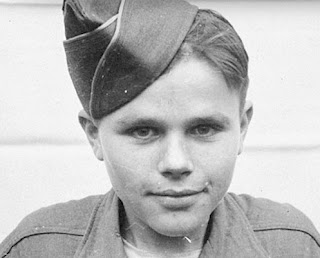 Then, there are thousands upon thousands of anusim -- the "hidden Jews" who lived in Catholic countries after the Inquisition -- who are desperately trying to learn anything they can about their past, about their hidden Jewish heritage, and who are being taken advantage of by fake "Jews for Jesus" soul snatchers who call themselves "rabbis" and lead those anusim away from Torah and their people.
If you keep Shabbat, keep Kosher, and educate your children in Torah, you are a fighter, every day, against the second Holocaust.
Religious Jews face job discrimination, high education costs, high food costs, and antisemitism on a daily basis.  When we walk down the street, we fear being accosted or worse--especially in Europe and the Middle East.  We go to synagogues guarded by security, and we pay the extra cost to live near that synagogue so we can keep G-D's LAW.
If you don't do at least the basics--like keeping Shabbat and keeping Kosher . . . well, don't expect your grandchildren to be Jewish.  You can do your great-great grandchildren a favor, though.  I know you don't care about being Jewish, but in a few generations, the nishamah of one of your great-great-grandchildren may call out to them, and they might want to become observant.
When they do, it would be nice for them to know where they can find your mother's ketubah.  Keep it safe.  Pass it down.  Make sure everyone knows where it is.  It's the one thing that might help them come back from the abyss.
M
Read more »
Posted by Unknown at 5:28 AM No comments: 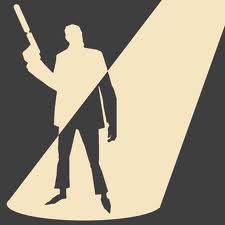 Yes . . . because if I were an Israeli super-spy, the first place I would go to tell my story would be a German newspaper that has a rabid hatred of Israel.
Riiiiight.

Well, I hope Der Spiegel sells a lot of papers because that is the only thing that will come from this story.

Sure, I want to believe, wholeheartedly, that the Mossad took out the Iranian scientists . . . but that is just wish fulfillment, isn’t it?  I want to believe it because it gives me the “I want to read the next Tom Clancy novel about it”  tingle.

However, I am greatly doubting both the veracity of the reporter and the veracity of his source (for those of you who believe this story, “veracity” means “truth,” OK?  Now, go take your pill.).