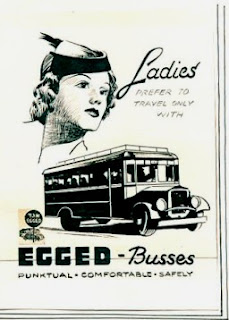 There are so many things wrong with this story that it is hard to know where to start! First, this is not a fight between the secular and the religious, as Ynet would like to make it, it is a fight against the brutish, non-Jewish, non-Religous behavior of a few men who want to use tzniut as a weapon.

The women who filed the original complaints weren't secular, they were religious women on their way to the Kotel who refused to submit to what they knew to be non-Jewish non-Halachic behavior.

One of my friends, who is very religious, was attacked and beaten by the men who tore off her head-covering and called her names that cannot be repeated here. This was the impetus for what has happened legally. My friend's incident occurred in 2006, not last year, as Ynet reports. You can see her original letter here, as it was posted on Dov Bear's page. In addition, religious author Naomi Ragen was verbally abused on a bus in 2004. This is not how Jewish men should treat Jewish women. This behavior has no standing in Halacha!

She and author Naomi Regan, who was also attacked on a bus in much the same way, and another friend of mine who suffers an orthopedic problem and can't walk to the back of a bus, have all been verbally and/or physically assaulted whenever they take the bus. This is unacceptable.

The only reason that Ynet is able to try to present this issue as a secular-vs-religious problem is that the Reform movement's Israel Religious Action Center was the only group that stepped to the plate for these religious women. No religious legal organization would do it because they fear the Haredim. A very sad account of how deeply our religious organizations have been damaged by those who would add to Torah and claim their additions are "halacha."

If you don't believe my claim, please see this story, which talks about a court case instigated by another group of religious women, who want the bus segregation and the assaultsto end.


Dozens of people, mostly women, ride on 'mehadrin' buses in which men and women sit separately and sit at front of bus in protest. Protesters demand an end to discrimination that forces women to sit at back of bus for modesty reasons. Protesters make sure to respect religious ban on coming in physical contact with opposite sex

The protest against gender-segregated bus lines stepped up. Dozens of protesters, mainly women, rode en masse on buses labeled 'mehadrin lines' in Jerusalem in which women must sit at the back of bus out for modesty reasons.

Under the banner "Free transportation day – putting an end to discrimination in public spaces," the protesters flocked early in the morning on Sunday to 'mehadrin line' bus stops. When the buses arrived, they sat in the men's section at the front of the bus. The protesters, among them members of city council Laura Wharton and Rachel Azaria, wore red bracelets on their wrists as a sign of their protest and distributed to the passengers information booklets against the controversial separation between the sexes.

"We are acting as responsibly as possible. We instructed all our male and female activists to act respectfully and to dress appropriately," said Ella (Academia without Harassment) Spokesperson Shiran Dadon. "We instructed all of our activists not to sit next to bachelor yeshiva students and for men not to sit next to women out of respect of their desire not to come in physical contact with the opposite sex."

"We are not fighting against the haredi community or against Jewish religion, but against the scheme 'to hide' women under the robe of 'modesty.' We act with the most possible sensitivity, but also with the necessary determination in order to fight against the severe physical and verbal shows of violence that women are subjected to on these bus lines on a daily basis," explained Dadon.

Contrary to expectations, the protest did not provoke a violent response from the haredi public. Except a few shouts and threatening glares, no ultra-Orthodox passenger tried to forcibly block the women from sitting at the front of the bus. On one of the buses, a haredi passenger approached the driver to complain about the women sitting in the men's section of the bus, asking that the driver instruct her to move to the back. The driver ignored the request and kept on driving.

The 'mehadrin lines' started running a number of years ago in response to demands made by the haredi population. The Egged bus company responded to the request and has ever since operated a number of such lines in Jerusalem. The bus lines very quickly became a new source of friction between seculars and haredim.

In recent months, there have been an increasing number of reports of violence against secular people, mostly women, who rode on the 'mehadrin lines' and refused to sit at the back of the bus.

The fight against 'mehadrin lines' was initiated some two years ago when the Reform movement's Israel Religious Action Center petitioned <http://www.ynetnews.com/articles/0,7340,L-3759656,00.html> the Supreme Court to shut down the lines. Public protest against the lines has recently been renewed following the convening of a special committee within the Transportation Ministry slated to discuss legalizing segregated bus lines.
Posted by Unknown at 5:29 AM 1 comment:

Woah. Well, I guess that stings a little, right Hillary? A slap in the face from your dear Jordan-- but I’m afraid you still won’t wake up.

I know, I know! It is so silly. So un-PC. But . . . Well, real life isn’t always PC, is it, dear? I know that is hard to believe. It is often hard for upper-class, good looking, able-bodied, white, powerful people to believe that hate exists in the world without some reason behind it, but it does.

We have a whole section in the Torah attributed to it, and we are required every year to study it. Why? Because we need to be reminded too. It is all so unbelievable, and all so true. Hate is a dirty reality.

If Obama wants “peace” in the middle east, he would need to destroy every Jew AND all evidence that Jews ever existed—but that has already been tried numerous times by even more egotistical men than Obama (hard to believe someone more egotistical could exist, but they did.)

Why don’t you just acknowledge the truth—that Israel isn’t the cause of the enmity—help Israel build its defensive weapons, and back away from the region.

It isn’t your business anyway. It’s G-d’s business, It’s G-d’s land, and I’m convinced that G-d (the REAL ONE, not Obama) has the situation all figured out.

After talks with Secretary of State Hillary Rodham Clinton, Jordanian Foreign Minister Nasser Judeh said incremental confidence-building measures that the US wants Arab states to take will not produce a resolution to the conflict.

As Clinton looked on, Judeh said only a focus on the final settlement would work.

"In the Middle East, there has been in the past an overinvestment, perhaps, by the parties in pursuing confidence-building measures, conflict-management techniques, including transitional arrangements, and an overemphasis on gestures, perhaps at the expense of reaching the actual end game," he said at a State Department news conference with Clinton.

Judeh said that "piecemeal approaches that never lead to peace and that have proven repeatedly to be confidence-eroding, rather than confidence-building" must be avoided.

And, he criticized Israel for its refusal to halt construction of Jewish settlements in Palestinian territory and said the Israelis should respond to a 2002 Arab peace offer.

Judeh's comments marked the second time in three days that an Arab foreign minister bluntly refused US calls to improve ties with Israel with confidence-building measures such as opening trade offices, allowing academic exchanges and permitting civilian Israeli aircraft to overfly their airspace as a way of demonstrating their commitment to peace.

On Friday, Saudi Foreign Minister Prince Saud al-Faisal expressed similar sentiments, also at a news conference with Clinton. Unlike Jordan, though, which has signed a peace deal with Israel, Saudi Arabia does not recognize the Israel.

Despite the statements, Clinton maintained that US special Mideast Peace envoy George Mitchell was making progress and praised Jordan for its playing "a strong and vital role" in the region and expressed hope that negotiations could soon resume.

"We are working with the Israelis, the Palestinian Authority and Arab states to take the steps needed to make that possible," she said. "The foreign minister and I discussed this effort, and I expressed our deep appreciation for Jordan's leadership in working with other Arab states to support peace with deeds, as well as words."

At the same time, she criticized Israel for its weekend eviction of two Palestinian families from the east Jerusalem neighborhood Sheikh Jarrah to enforce a ruling by the Supreme Court that the houses belonged to Jews and that the Arab families had been living there illegally.

"I think these actions are deeply regrettable," Clinton said. "The eviction of families and demolition of homes in east Jerusalem is not in keeping with Israeli obligations and I urge the government of Israel and municipal officials to refrain from such provocative actions."

Jpost.com staff contributed to this report.
Posted by Unknown at 6:56 PM No comments: