IDF Spies on "Religious" Women Who Dodge Draft, Catch Most of the Fakers Out Dancing, Drinking, Smoking, Kissing in Public on Shabbat 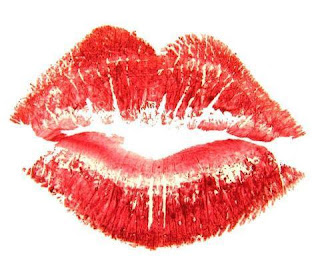 I am hoping that young women who are not really religious, and who are aware of this spying, may learn something about their own religion, practice it, like it, and actually BECOME religious. Wouldn’t that be wonderful??

Israeli, female, and looking to dodge the draft? Don't get caught kissing.

In this Feb. 20, 2007 file photo, an IDF female soldier prepares for a military training session near Jerusalem.
Photo: AP

The army says the surveillance program began last year and has caught 520 young women, many who admitted they did not deserve the religious exemption and signed up for military service.

Claiming religious devotion has long been an easy route out of conscription, but now the army sees two trends thinning its ranks: draft-dodging in general among both sexes, and an upsurge among women, nearly 40 percent of whom now take the quick and easy religious option.

The army's fightback became public this month when grainy footage was leaked to Israeli media showing a young woman in a tight shirt appearing to kiss a young man - something no religious, unmarried female would do in public.

Ben Shaoul said the couple later entered an elevator - all of this on a Saturday, the Jewish Sabbath, when devout Jews are supposed to avoid using machinery and electricity.

Filmed from behind, the woman could not be identified from the footage. But investigators said the woman had claimed a religious exemption, and undertook army duty after she was presented with evidence of her misdeeds.

Catching the draft-dodgers is fairly straightforward: "It takes one weekend," said Ben Shaoul. The young women are usually caught driving on Saturday, drinking or smoking.

"We find them in bars," he said. "We know some of them are models and singers and they use this way to get out of the army."

Maya Buskila, a pop star known for her skin-baring outfits and provocative dancing, claimed she was religious when called to service 12 years ago. After the draft-dodging spotlight was belatedly focused on her last year, she undertook a symbolic spell of army duty, reportedly to educate women on the importance of serving. Now sequestered in a luxury villa as a participant in Israel's version of the "Big Brother" TV show, she could not be reached for comment.

Ben Shaoul said the military contracted seven private surveillance firms after officers reported warning signs - too many women claiming to be religious yet vague on Jewish prayers and holidays.

Although some Israeli media described the use of private investigators as having "big-brother" overtones, it has raised few eyebrows in Israel. Here the army is seen as the country's one unifying force, all males are expected to serve three years and women two, and secular resentment over exemptions on religious grounds runs high.

Yet draft evasion is spreading as the middle class expands and the military is increasingly seen as a career-disrupter.

In 1991, 21 percent of women avoided service on religious grounds, according to army figures; last year the figure was 36 percent, even though overall only around 20 percent of Israelis classify themselves as religious.

Numbers for men are running high too - from around one-fifth in 1995 to almost one-third in 2007, largely because the Orthodox are Israel's fastest-growing Jewish population group.

Still, most do clerical jobs that many say are pointless.

"I served for two years doing nothing. All the girls do nothing," said Shiran Cohen, 24, a university student. She said she was assigned to check on ammunition stockpiles during her service, but was frequently sidelined by men in her unit. "Now my sister is in the army, and she does nothing," Cohen said.

Other women say they had a fulfilling experience. Yael Shahar served as a sniper and as a reservist in a hostage rescue unit.

"I'm pretty gung-ho about it," Shahar said of women soldiers. "The army is an integrator, it allows people to meet from entirely different backgrounds. Without the army, I think Israeli society would be even more divided."

Sociologist Yagil Levy, of the Open University in Israel, says sliding recruitment is indicative of larger changes - the rapid growth of the exempted Orthodox population, more focus on career than on public service, and an army which has lost some of its luster after decades as an occupying force in Gaza and the West Bank.

The declining numbers have prompted the military to cancel plans it publicly floated earlier this decade to shorten army service for men by four months.

"I think we should worried," said the army's Ben-Shaoul. "I don't think it's a crisis but we can't ignore those numbers."

Sociologist Levy said the crackdown on fake-religious women is legitimate, but "Will it help over the long term? The answer is no - because we see a growing number of women who think army is not a place for them."
Posted by Unknown at 3:32 AM