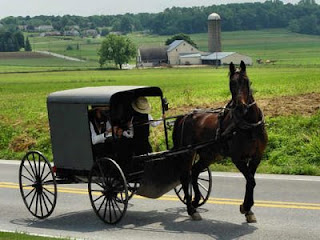 Are they trying to be the Jewish Amish or something?

I wonder if they are allowed to own a donkey cart or a camel, or is that too far beneath these learned mens’ station? After all, they would have to take care of the animal and everyone knows that such behavior is very unbecoming of a trained Yeshiva student (even though it was what our Patriarchs and our Matriarchs did, it is too far beneath these men, who, G-d forbid, might get their hands dirty!)

A driver’s license might do horrible harm to them, you know, like allow them to get a job or take responsibility for their families or serve in the military.

And what is with Ynet and their use of “crippled”? That is like the “n” word for disabled people. I can’t believe they would stoop to using such language in a supposedly “sensitive” publication like Ynet. It really is despicable. I hope they get a thousand letters about it.

Heads of ultra-Orthodox yeshiva in Jerusalem decide to expel four students who disobeyed rules prohibiting students from obtaining a license. One student readmitted after rabbis learn he got license to help his disabled father

Four students were expelled from the Tiferet Israel yeshiva in Jerusalem last week after it became known that they had obtained driver's licenses in violation of the yeshiva's rules.

The decision triggered a heated debate among the ultra-Orthodox public surrounding the question of the legitimacy of owning a license.

After learning that some of their students might have taken driving lessons, the yeshiva heads conducted a thorough investigation and even contacted the Transportation Ministry on the matter.

"Anyone can call the Transportation Ministry, give an ID number and inquire whether that person owns a driver's license," one of the students explained.

Following the inquiry, the yeshiva heads convened to discuss the "problematic phenomenon" and eventually decided to immediately expel any student who is in possession of a license.

The rabbis told the students that they could be readmitted once they have their license revoked.

However, one of the expelled students was later readmitted after the rabbis found out that he got the license to help his crippled father.

Most ultra-Orthodox rabbis oppose the notion of a haredi person getting a license. "It's inappropriate for a person who defines himself learned in the Torah to have a driver's license," a prominent rabbi told the yeshiva director when the latter came to consult him on the issue.
Posted by Unknown at 6:41 AM