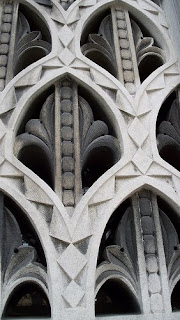 The fall-out continues. It is so sad that one man's need for power and money has brought so much pain and suffering to so many people.

Another example of how our greatest trust must be in Hashm, not in governments or men or institutions.

I also feel very badly for the family of these men--innocent children, grandchildren, and spouses. Madoff's own sons turned him in when they heard of the scandal. This is the ethical thing to do. They did it. Did they get credit? No.

I think we need to look to what is done correctly and try to find the light in this darkness, especially during this season of light.

I have included links to the institutions affected in case anyone wishes to make contributions to them in order to offset this terrible crime.

The Fifth Avenue Synagogue ranks with the decimated rolls of the Palm Beach Country Club in terms of members scorched by the scam.

Ira Rennert, chairman of the synagogue's board and owner of the priciest mansion in the Hamptons, had $200 million staked in Madoff's fund, Fortune magazine reported.

He was one of at least 10 synagogue heavy hitters fleeced in the scandal, said a prominent congregant.

The synagogue was a breeding ground for Madoff investors given that its president, J. Ezra Merkin, reportedly served as a powerful recruiter for the alleged scamster.

Merkin is said to have given Madoff, who does not belong to the synagogue, access to a slew of universities and Jewish organizations.

Merkin had $1.8 billion wrapped up with the shady investor through his fund, Ascot Partners - in many cases, without his clients' knowledge.

"Obviously, it's a black eye for the synagogue," said financial adviser and synagogue member Joseph Sprung of the extraordinary losses members suffered in Madoff's $50 billion wipeout.

"The synagogue isn't going to be wiped out, but it's an awful thing to have happened," said Sprung, who was not invested with Madoff.

The close-knit, 300-family congregation was dubbed by the author Herman Wouk, a member, as a "Who's Who of World Jewry."

"Everyone at that temple is a power player," said member Moreton Binn. "It's probably the most affluent temple in the city."

Others doubted Merkin would be able to stay on as president as a result of legal troubles that will certainly ensue in coming weeks.

"Obviously, he will have to step down," said a member who asked not to be identified by name. "He's being sued all over the place."

Billionaire Daily News owner Mort Zuckerman lost $30 million from a charitable foundation that he'd invested with Merkin only to discover that Merkin had put it in Madoff's fund.

Tufts University and New York Law School also signed hefty checks over to Merkin, who in turn placed the money in Madoff's care.

"Mr. Merkin and his family are personally among the largest victims of the massive fraud confessed by Bernard Madoff," said Merkin's lawyer.

The controversy didn't stop Merkin from attending yesterday's 9 a.m. service, where he was "warmly received," said a member who asked not to be named.

Meanwhile, the FBI admitted that the Madoff scandal had grown so large that it was forced to shift agents from counterterrorism operations to the alleged swindler's case, among other Wall Street scandals.
Posted by Unknown at 6:53 AM