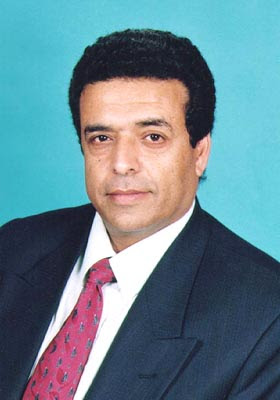 (IsraelNN.com) The Supreme Court on Sunday night overruled Saturday night's decision by the Tel Aviv District Court to give Michael Ratzon the 21st spot on the Likud list of candidates for Knesset in the February elections. The Supreme Court ruling puts Ratzon in the 34th position on the ballot.

The decision means that Moshe Feiglin, Ehud Yatom and Tal Brodie also remain in spots on the ballot with a relatively low chance of being elected to the Knesset.
B"H

Well, Bibi was determined to destroy Likud single-handedly through his hatred to Feiglin. However, it appears Likud will be saved by the TA Court--who has ruled the Primary results must be restored, at least for Ratzon.

Feiglin will have to send a letter to Likud to be reinstated to his No. 20 slot. Let's see if he actually does it, or if he wishes to play the martyr a bit longer.

The final lists are to be posted tomorrow, so he better be quick with his letter. Hopefully, Likud will not completely lose its mandates, as I would hate to see Livni as PM. I mean, Bibi isn't much better, but with the right wing in prominent positions in the Knesset, they may be able to tie his hands enough to keep him from destroying what is left of Israel after Olmert leaves office.

M
-----
Court Verdict Means Feiglin Might Be No. 20 After All
http://www.israelnationalnews.com/News/News.aspx/129057
by Gil Ronen

The court ruled in favor of Likud candidate Michael Ratzon in a motion he filed against the party's decision to change the initial result of its primaries. As a result of the ruling, which came in a last-minute court session before the Sunday deadline for political parties to submit their Knesset candidates' lists, the Likud will be forced to reinstate Ratzon in the 24th slot, after having bumped him down to the 37th slot.

The decision drastically improves the chances that Feiglin will also regain his place in the 20th slot of the party's Knesset list. Another candidate who may benefit is Ehud Yatom.

"The [Likud] Elections Committee lacked the authority to change the result of the elections," Judge Yehuda Zaft determined in his verdict.

The judge did not determine the fate of Yatom and Feiglin because they did not file motions. However, he referred to Feiglin in his decision.

Regarding Feiglin's initial election to a slot with a very realistic chance of entering the Knesset, Judge Zaft determined: "It seems that there is no room for doubt that this election did not make the Likud chairman and its leadership very happy," he wrote. "In his motion, the plaintiff describes the moves which preceded the appeal to the Election Committee and it is clear that the move was intended to change the list in such a way that [Moshe Feiglin] would be distanced from the high and realistic position he had reached."

If Feiglin and Yatom file motions with the court, they stand a good chance of winning, following the verdict in Ratzon's motion.

A senior Likud source said Saturday evening that if Feiglin files a formal request to the Likud's legal institutions, "there is a very good chance that he will be returned to the 20th slot he was elected to in the primaries."
Posted by Unknown at 3:55 PM