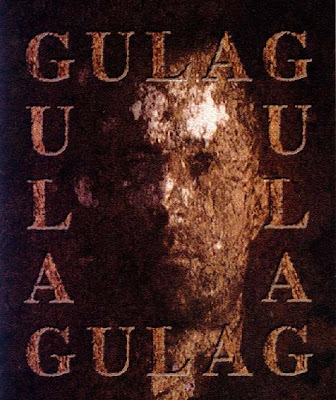 Wonderful. Now Israel has decided to fund “re- education camps” for nationalist youth? The “hilltop youth” I met all had very close families, and they weren’t involved in any “illegal” activity—other than opposing the government plans to give our land to the enemy. It seems that the Ministry of Social Affairs has now become something much more diabolical--something akin to The Chief Administration of Corrective Labor Camps and Colonies (Russian: Главное Управление Исправительно-Трудовых Лагерей и колоний).

Watch out, Yesha. They are planning to take your children and “re-educate” them to be good law-abiding "mainstream" youth. Yes, the government, in their infinite capacity to forward the good of the state over ideological (read "religious") value systems will take it upon themselves to "help" your children "overcome" their tendency to love Eretz Ysrael and replace that nagging need with something much more palatable, like full allegiance to the state.

They will learn to love the "palestinian" people and, in time, may become MKs for what is left of the country so they can give it away to our enemies with love and kisses!

It seems that too many in the government are trying to recreate the gulag--with the hilltop youth as their first prisoners of the "hot houses."

I'm sure the locations will be hidden, as to prevent any difficulties with parents trying to assert their parental rights. After all, what the state wants is better than what the parents want, right?

Welcome to the future of Israel. It is becoming more frightening by the moment.


The Social Affairs Ministry will soon begin an experimental program for dealing with youth and adolescents alienated from national-religious mainstream society, in an effort to address the phenomenon of "hilltop youth." A tender is about to be released to choose the operators of the program, slated to be released next month.

In the program's first stage, a number of "hothouses" will operate across the country, which will house youths aged 14-17, who have dropped out of school and/or lost contact with their families. The term hilltop youth is used to describe members of West Bank settlements, who commit acts of violence or vandalism against Palestinians or their property, or engage in other criminal activity.

Some of the youths have been contacted by the education and welfare establishments, and participation in the program will be contingent on their agreement. Other participants will be sent to the centers by courts or police after being convicted of breaking the law.

The tender identifies the program's target audience as youths from the national-religious community involved in dangerous activities such as loitering, crime, withdrawing from their families or religious communities, problems dealing with authority, emotional difficulties and more.

The program will incorporate a religious lifestyle, and treatment will include assessments by psychologists and social workers, support groups as well as enrichment and leisure activities. Depending on their needs, participants will remain at the centers between one to two years, during which they will also return to academic studies.

"The hilltop youth are a security threat. But they also pose a societal and educational danger that must be dealt with," said Welfare Minister Isaac Herzog. "The hilltop youth challenge the law, institutions, norms and values of a functioning society. This is a dangerous phenomenon within society, and within contemporary Zionism.

"Just as there are programs for criminal youths, there must be programs for hilltop youth, too. We need a process of rehabilitation, to run parallel to disciplinary and judicial processes," Herzog continued. "In the long term, a warm home and the proper framework can push the [appeal of the] hilltops aside."

Herzog called on the national-religious leadership to declare its support for the program. "This is the moment of truth. They have to decide whether they prefer to properly treat the youngsters and thereby avoid an inter-generational crisis over the cynical political use made of the hilltop youth."

The Social Affairs Ministry has for several years operated dormitories and other frameworks for alienated youth from secular, ultra-Orthodox and Arab backgrounds, but the new program marks the first attempt to reach out to such youths from the national-religious community.

Social Affairs Ministry director-general Nahum Itzkovich has earmarked NIS 5 million of the ministry's funds for the program, and will supervise its initial operation.
Posted by Unknown at 3:08 AM