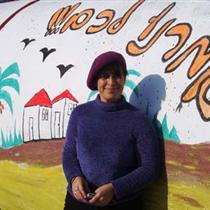 Everyone told them so, but they wouldn't listen. Sharon just wanted to get everyone out of Gaza so he could build his casino and protect his son from being arrested. He would have done anything to appease the leftists in order to do those two things.

These idiots are all expressing the greatest level of chutzpah I have ever seen--standing in the Knesset and pretending that all the problems are from the "settlers" and that they are protecting the country from these "right wing fanatics."

The truth, if they would dare to ever speak it, is that these "settlers" and "right wing fanatics" are protecting Israel from the terrorists. The hilltop youth are on the hilltops because they don't want the terrorists up there shooting rockets. The people of Gush Katif protected the rest of Israel from the terrorists by serving as a buffer in settling a strategic area. The people of Judea and Samaria are doing the same thing--settling strategic areas to protect the land.

Perhaps this war will wake people up and they won't vote for those who are advocating the same stupid mistake in Judea and Samaria that they perpetrated in Gaza. I won't hold out too much hope, though.

M
-----
FORMER GAZA SETTLERS: 'WE TOLD YOU SO'
Jewish settlers say the Israeli government refused to heed their warnings about what would have happen when they left Gaza
Matthew Fisher, Mideast Correspondent, Canwest News Service
Published: Monday, January 12, 2009
http://www.canada.com/topics/news/story.html?id=1169318

NITSANIM, Israel - All the Israeli army gave 500 families of Jewish settlers expelled in 2005 from Gaza to defend themselves against rocket attacks from the Palestinian territory was a couple of empty concrete sewage pipes.

An artist painted scenes on one of the outsized pipes, depicting the settlers' happy days at what Israelis called Gush Katif. The pipe also carried this unambiguous message in Hebrew: "We told you so."

No Israelis have been angrier about the current war in Gaza than the 8,900 settlers who were ordered to quit the territory by former prime minister Ariel Sharon. But little of the settlers' fury has been directed toward Gaza's Hamas rulers. The enemy, as they see it, has been their own government, which refused to heed their warnings about what would have happen when they left Gaza.

"With their egos, Prime Minister (Ehud) Olmert and (would-be prime minister) Tzipi Livni will never admit their mistake," said Debbie Rosen, who helped the foreign media meet Gaza's Jewish residents. "These foolish politicians said that this is for the best for Israel and their solution has now been shown to be totally stupid.

"The problem with our government is that it reacted to Qassams (rockets) and mortars as if they were a natural disaster like Hurricane Katrina, not as an act of terror. This is an illusion that they sold to the Israeli people since the rocket attacks began eight years ago."

Rosen, 45, joked that the only thing that she got to take with her from Gaza was her phone number, which has remained unchanged.

"The settlers, the Jewish nation and the Palestinian people, so many have paid such a high price for the decision to withdraw from Gaza," said Rosen, who wore the conservative clothing and head covering of an observant Orthodox Jew. "Nobody won except Hamas. The rest of us were all victims of the same evil plan."

It was an opinion shared by 44-year-old Rifka Rybek, a former Torontonian who emigrated five years ago to the West Bank settlement of Kiryat Arba.

"If we had not left Gush Katif we would not now have this war," said Rybek, who was in Nitsanim on Monday to show solidarity with those forced to leave Gaza. "The irony is that it was Ariel Sharon who kicked them out, who convinced them to go there in the first place because he said it was a strategic military point near the sea."

Another irony was that just as when the Rosens lived 20 kilometres away in Gush Katif, they still lived within easy range of rockets fired by Hamas from Gaza.

All six of the Rosen children were born in the Gaza Strip between 1985 and 2005. The family had a fairly comfortable existence in a 180 square metre house near the Mediterranean that was surrounded by a big yard with palm trees and a well-kept garden.

Home for the Rosens today is two temporary trailers totalling 90 square metres that have been welded and hammered together and jammed in beside dozens of other yard-less trailers.

They are to be carted away within the next year when all the former settlers who reside in Nitsanim are moved elsewhere in Israel.

Asked how she coped with the upheaval and her family's greatly reduced fortunes, Rosen said: "For good and bad, we lived in a bubble in Gush Katif. We created everything, knew everybody and, like everyone, sometimes made mistakes.

"As a mother with children, I do not now have the luxury of falling apart. For me every day is a war of survival."
Posted by Unknown at 7:42 PM