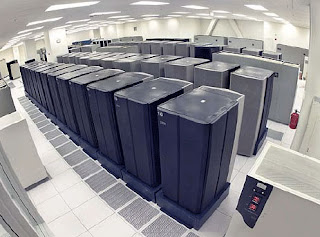 Does this mean we must empty Israel's Jails?

But, wondering aside--this is a very serious situation. I certainly hope that they backed up their system into an offsite location. One would think so . . . but then again, we are talking about Israel--the land of "if you don't give me enough money to do it, it certainly won't ever be done."

I wonder how quick the censors will put a lid on this story. Will we hear one more word about it?

(IsraelNN.com) A large fire that broke out in the Ministry of Justice Monday night has caused extensive damage to the ministry's basement, where its computer and internet servers are stored.

The servers that burned down provide services to the public but also hold information on active cases like the ones against Prime Minister Ehud Olmert and former President Moshe Katzav.

According to News1 the Justice Ministry "hopes" that there were backups for the information stored.
Posted by Unknown at 3:39 PM