If you thought xmas Carols were obnoxious before . . . 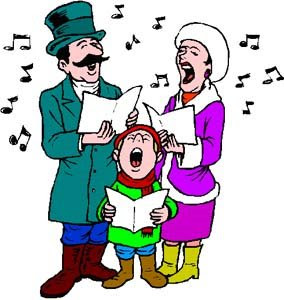 They drive me crazy. I can't stand it.

From the day after Halloween to the end of January, it seems, the stores are blasting xmas carols into every corner of the store.

I can't get away from them. I can't buy cabbage or cold-cuts or socks or peaches without some "baby Jesus" this, or Santa Claus that imposing themselves upon my consciousness.

I have been literally driven out of some stores by the obnoxiousness and the volume of the xmas carols they are playing in the store.

In fact, the best thing about spending the winter holidays in Israel was not having to hear the infernal xmas carols blasting from every storefront (except in Beit Lechem, of course--but that is to be expected, right?).

But now, I have to reconsider the xmas carols I have been hearing. Now they don't seem so bad. There is a new bar of obnoxiousness to rise to during the xmas season this year, and our "friends" in the UK have made that mark.

Get a load of this story, and start thanking your local shopkeepers for keeping to tradition!

M
-----
Outcry as songs are re-written for anti-Israel carol concert at famous church
http://www.dailymail.co.uk/news/article-1088571/Outcry-songs-written-anti-Israel-carol-concert-famous-church.html
By Jonathan Petre
Last updated at 3:34 AM on 23rd November 2008

Organisers of a Christmas carol concert being held in a famous church have been condemned for rewriting traditional verses to attack Israel.

Far from bringing tidings of comfort and joy, the participants will instead sing about ‘war crimes’, ‘assassinations’ and the ‘oppression’ of Palestinians.

The concert, which has been organised by anti-Israeli campaigners, is due to take place on Wednesday at St James’s, Piccadilly, a Christopher Wren-designed church in Central London.

Its critics include the former Archbishop of Canterbury, Lord Carey, who said that the rewriting of much-loved traditional carols for such partisan political purposes was deeply offensive.

The reworked carols include favourites such as O Come All Ye Faithful, O Little Town Of Bethlehem, The Holly And The Ivy and Hark The Herald Angels Sing.

Even The Twelve Days Of Christmas gets the treatment. A revised opening verse of While Shepherds Watched goes: ‘While shepherds watched their flocks by night, All seated on the ground, Some occupying soldiers came and bulldozed all around.’

The event, called Bethlehem Now: Nine Alternative Lessons And Carols For Palestine, has been organised by Jews For Boycotting Israeli Goods, a group of secular British Jews opposed to Israeli policies.

It has been approved by the rector of St James’s, the Rev Charles Hedley, who said he thought that Christmas was a good time for Jews and Christians to co-operate in a bid to ‘address the need for peace and reconciliation’.

Bruce Kent, a former Roman Catholic priest and prominent peace campaigner who will read one of the lessons, said: ‘I think it is perfectly reasonable for carols to be rewritten in this way.

‘I am fed up with sugary religion – the baby Jesus sitting in his stable and all that stuff.’

Lord Carey, who has been deeply involved in peace efforts in the Middle East, said:

‘It’s a shame to see a famous London church lay on such a one-sided political demonstration. There are many reasonable concerns about both Israeli and Palestinian policies and actions, but a stunt of this nature is just unhelpful.

‘Many British people have a great affection for Christmas carols and will be offended that they’re being used in such an overtly political way.’

David Gifford, the chief executive of the Council of Christians and Jews, which was set up to improve relations between the faiths, dismissed the exercise as ‘puerile’.

He added: ‘This is the blatant politicising of the Christian festival of Christmas, and that in itself is offensive to many Christians.’
Posted by Unknown at 9:28 AM