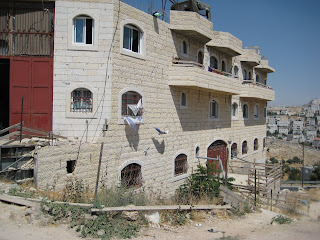 So the "high court of injustice" has issued an edict for the expulsion of Jews from Jewish property, again. Except, this time, I think there may be something new in the outcome.

No longer will we believe that the government wants goodness and is doing what is right for us. The government, especially the courts, have lost all credibility in the eyes of those who come before them.

There was much the same situation in a small group of settlements, outposts, really many years ago. The government that had been very positive about those settlements, who depended upon them for commerce, and who had encouraged their growth, suddenly wished to destroy them.

Without warning, the government started in on a series of moves that made it harder and harder to live in those settlements. The people were treated terribly, their homes confiscated, their belongings destroyed, their hard work spat upon. Finally, the settlers could no longer take it, and they issued a complaint. It went something like this:

When in the Course of human events it becomes necessary for one people to dissolve the political bands which have connected them with another and to assume among the powers of the earth, the separate and equal station to which the Laws of Nature and of Nature's God entitle them, a decent respect to the opinions of mankind requires that they should declare the causes which impel them to the separation.

We hold these truths to be self-evident, that all men are created equal, that they are endowed by their Creator with certain unalienable Rights, that among these are Life, Liberty and the pursuit of Happiness. — That to secure these rights, Governments are instituted among Men, deriving their just powers from the consent of the governed, — That whenever any Form of Government becomes destructive of these ends, it is the Right of the People to alter or to abolish it, and to institute new Government, laying its foundation on such principles and organizing its powers in such form, as to them shall seem most likely to effect their Safety and Happiness. Prudence, indeed, will dictate that Governments long established should not be changed for light and transient causes; and accordingly all experience hath shewn that mankind are more disposed to suffer, while evils are sufferable than to right themselves by abolishing the forms to which they are accustomed. But when a long train of abuses and usurpations, pursuing invariably the same Object evinces a design to reduce them under absolute Despotism, it is their right, it is their duty, to throw off such Government, and to provide new Guards for their future security . . .

Before this happened, they tried everything. They tried legitimate means to fight for their cause, they tried petitions, court cases, electing officers to represent them, and finally, at the end, they were forced to fight.

Please, please, please! Can someone in the government of Israel PLEASE STAND UP and insist upon JUSTICE????

The time is growing short, the people are growing restless, and the Nation of Israel faces her most difficult opponent yet: herself.

So what is the right way to respond? Do we give in just until the election to prove them wrong and win the election for the right? Do we fight to show we will not be weak in the face of repression and injustice?

There are no easy answers. There are pressures from the inside and from the outside of Israel, and everyone seems to have a different theory about how to affect the elections. It seems to me, however, that they memory of the Israeli electorate only seems to be about three days long. The elections aren't until 2009. You do the math.

I think the leftists tipped their hand just a little too early.

(IsraelNN.com) The Supreme Court has ordered the nearly 100 residents of Beit HaShalom in Hevron – some 20 families and dozens of children – to leave the house within three days. If they do not do so, it is assumed that they will be forcibly removed, at a time and date to be chosen by the police and/or army.

The court also ordered the residents to pay 30,000 shekels – half to the State for court costs, and half to the former Arab owner.

The Supreme Court thus accepted the State’s position in full, ignoring a cassette recording of the Arab seller admitting to a good friend of his that he had sold the building to Jews.

The Court ruled that because of the “doubts” that have been raised regarding the occupants’ acquisition of the property – namely, the seller’s claim that he did not sell it - the situation should return to the previous status while the situation is resolved in a civil court.

The leaders of the Jewish Community in Hevron plan to convene for an urgent meeting this afternoon to plan out their strategy for the next several days. Expulsion forces will not arrive any time in the next three days, according to the High Court ruling, and the Hevron pioneers will have to decide whether to issue a call for “reinforcements” to arrive after that time to try to rebuff an Amona-type eviction. Legal avenues – which can only include another appeal to the Supreme Court – will also be considered.

Orit Strook, on behalf of the Hevron Jewish Community, issued this statement:

“The Supreme Court’s decision to steal Beit HaShalom from its Jewish purchasers came with perfect timing: Right in between the story of Sodom and Gomorra, and the story of the purchase of Hevron by Avraham. Yesterday, Jews in synagogues around the world read aloud the story of the evil people of Sodom and their destruction - and this coming Sabbath we will read how Avraham purchased the Machpelah Cave in Hevron in which to bury his wife Sarah.

“Throughout the Beit HaShalom case, the entire judicial establishment has acted as in Sodom. In Sodom, too, there were courts, in which the judges enlisted all their wisdom in order to legalize injustice. The same has happened here: the laws and the precedents were all distorted unrecognizably for the purpose of legalizing the expulsion of the Jewish buyers from their property. To this end, the Court contradicted itself in every possible way. Both the judges and the Attorney General stood fast and did not allow the facts to confuse them.

“Just as the Patriarch Abraham did, we bought a piece of property in Hevron, and paid for it in full. We know that justice is on our side and that the house is ours. We presented all the evidence, but were met with impervious callousness and unwillingness to hold a fair judicial proceeding. Half the Knesset Members and sizeable portions of the public – those who saw and heard the recordings that we presented – know that an injustice has been done to us, and that the house has simply been stolen from us.

“The tens of thousands of people who are expected to arrive in Hevron this Sabbath to commemorate Avraham’s purchase of the Machpelah Cave, as every year at this time, can take comfort in the fact that when he bought it, there was no Supreme Court, Attorney General or government to take it from him.”

MK Uri Ariel, head of the National Union faction in the Knesset, said, “This ruling represents clear discrimination against the settlers, amidst nefarious ignoring of the evidence showing that the building is in fact theirs. The judges and [Attorney General Menachem] Mazuz and the police should thus not wonder why the public trust in them has dropped to the abyss – for they have earned it.”
Posted by Unknown at 5:35 AM