At Least The Tennis Channel Has Integrity and Morals. Refuses to Air Dubai Tournament That Bans Israel's Peer. 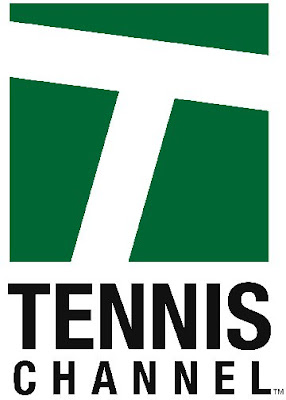 I told you so. I knew the WTA would decide to go on with the tournament—hurting Peer’s standing.

Look, they knew they were hosting a tournament in a country that doesn’t allow Israelis to enter. They knew that they had decided to place Peer in an awkward, insulting, and difficult position. They knew what they were doing.

The WTA is flat wrong. The tennis channel is right.

The WTA needs to lose some sponsorships, then, maybe, they will wake up.

The television channel's chairman and chief executive, Ken Solomon, was quoted in the report as saying, "This is an easy decision to come by, based on what is right and wrong."

"Sports are about merit, absent of background, class, race, creed, color or religion," he was quoted as saying. "They are simply about talent. This is a classic case, not about what country did what to another country. If the State of Israel were barring a citizen of an Arab nation, we would have made the same decision."

Meanwhile, tournament organizers said Tuesday that fears of protests and security threats were behind the decision to bar Pe'er's entry.

The organizers said in a statement that the recent IDF operation in Gaza "antagonized" local fans and Pe'er's presence could have sparked protests, boycotts and threats, which would have disrupted the tournament.

Scott said barring entry to Pe'er could have ramifications beyond tennis because it threatens the principle that sports and politics should not mix.

Speaking in a telephone interview, he said the WTA would consider "what types of sanctions are going to be deemed to be appropriate in light of what has happened, including whether or not the tournament has a slot on the calendar next year."

Asked if there is a risk that the tournament could be dropped if Pe'er does not get redress, Scott replied: "You could say that, yes."

"There's two things we need to consider: what's the future fate of the Dubai tournament and what sanctions apply and the second thing is how does Shahar get treated fairly, how does her situation get redressed?" Scott, the WTA tour's chairman and CEO, told the Associated Press

The UAE rejected Pe'er's visa request a day before she was to arrive for the $2 million Dubai Tennis Championships, which includes all the top-10 women's players.

Pe'er, 21, ranked 45th, had qualified and was already placed in the woman's draw. She was scheduled to play Monday against 15th-seeded Russian Anna Chakvetadze.

Scott said the WTA decided to continue with the tournament to avoid hurting the other players who are already in Dubai. That decision was taken in consultation with Pe'er, he said.

He said UAE officials did not give an exact reason why the visa was refused, "but it can really only be related to her nationality and political and security-related issues."
Posted by Unknown at 7:27 AM