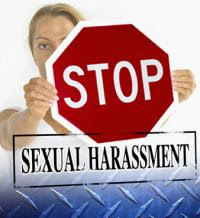 Last year my son, who attends a religious school, was absent for a test in his gemorah class.

He was told by his teacher that he could make up the test by coming by his house after school the next week.

I explained that it wasn’t that I feared the teacher was inappropriate, as I knew it was common for the boys to make up assignments after school at the teacher’s home, but I feared that this practice was dangerous for the teacher.

I explained that I have taught for many years, and I would never be alone in an office with the door shut with a student EVER—even a student of the same gender. I would fear that the student, in an effort to gain control over me and my grading, could accuse me of doing something inappropriate. It would be the student’s word against mine, and the administration could only, out of prudence, suspend me until things were sorted out. This would destroy my reputation in a moment. It wouldn’t matter that I was innocent. In order to prevent this possibility, I always meet at the school, when others are around, with the door wide open.

I suggested that the teacher suspend his practice immediately, in order to protect himself and the reputation of the school.

The principal was still mystified by my comments, but agreed to look into the policy.

I am not suggesting that any religious teacher who conducts lessons at home is up to something bad. I am suggesting, however, that they are setting themselves up for some horrible rumors, legal action, and/or destruction to their reputation.

In addition, rabbis should only meet with students when their parents and/or other staff members are around and the door is wide open. They can also be caught up in false accusations that could be fatal to their professional reputation.

Takana Forum releases new code of rules prohibiting teachers from meeting alone with students of opposite sex, among other things

Takana Forum, an organization that handles cases of sexual harassment within the religious community, has released a new code of rules to be followed by the religious education system.

The code includes rules prohibiting teachers from meeting with students outside of the schools, or if they must, an object must be placed between them in order to create a barrier.

Takana was established in 2003, and since then has vastly expanded its activities. The code published recently by the forum's secretariat includes rules for proper behavior to be observed by teachers and other figures of authority in their dealings with students under their control. An ethical code for those dealing with sexual harassment cases was also published.

For example, the code dictates that a personal conversation between an authority figure and a student of the opposite sex should take place only in the school, during working hours, and while other people are present in the building. It also determines that a personal comment about the modesty of a girl's dress should be given by a female.

Takana also determines that special counselors should be appointed in order to deal with problems of a sexual nature within the educational institutes, and whenever an authority figure recognizes such a problem the student should be referred to a counselor of his or her own sex.

The forum also recommends that the institutions take "preventative measures" such as annual lectures about sexual harassment in which students can participate in a discussion teaching them about their options in case they are sexually harassed.

'Word of God in doing right'
The ethical code refers to the work of the Takana Forum members, and determines that "one should never cover up any wrong-doing on the grounds that exposing it will lead to blasphemy. Just the opposite, the word of God is in doing what is right." The members are also encouraged to file orderly criminal complaints against the offenders.

"The code is not a substitute for the laws preventing sexual harassment, but rather a supplement for these laws, and symbolizes their adaptation to the social framework of the religious public," the forum states.

Takana was established with the aim of "developing a model for dealing from within the religious community with trauma of a sexual nature imposed by an authority figure on those under his supervision or influence." After studying the issue from its legal and religious perspective, two years ago the forum's members began to deal with complaints of sexual harassment that came from within the religious education system.

The forum's secretariat receives the complaints and decides whether they are suitable for discussion within this framework. When a case is found suitable the secretary appoints an assembly that is composed of a rabbi, an educational advisor, a professional therapist, and a legal consultant, in order to handle the case.

During recent months the forum has attempted to assimilate the new code by conducting various courses, in an effort to raise the religious community's awareness to sexual harrasment and the need to deal with it.

The course includes workshops and lectures about subjects such as the body, sexuality, relationships between the sexes, and characteristics of sexual harassment from psychological, religious, ethical, cultural, and legal perspectives.
Posted by Unknown at 12:40 PM