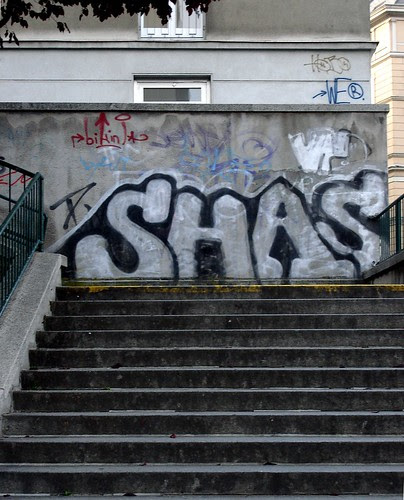 Thanks, Jpost, for ALMOST saying what needs to be said about Shas.  Their editorial is subtitled “party’s voice is not being heard,”  and the Jpost has done something right with that subtitle—it is in the passive tense, almost as passive as Shas.

As frequent readers of this blog already know, I am Sephardi, but I am not a supporter of Shas.

It isn’t that Shas “is not being heard”--it is that Shas has nothing to say.  The current crisis in Emanuel and the 100,000 strong chillul Hashm performed for the cameras of the world to demand the right to discriminate against little Sephardic girls doesn’t have anything to do with wheeling and dealing for a few more bucks for the Shas budget, so they have found themselves tongue-tied.

The reason is not, as the Jpost more politely argues, because they fail to have an independent voice from the Haredim (which is very true!); or that they have failed to support Sephardic Jews (which is also true), or that they have sent all their children to the “very best” Haredi Ashkenazi schools and avoided their own Shas schools (which is not only true, but scandalous).

I have learned, by watching what they do, that Shas only cares about Shas.

Do you need Shas to back you in the destruction of Gaza?  Just give Shas some welfare money!

Do you need Shas to allow Olmert to build a coalition?  Just give Shas some more money for schools!

Do you want to give away Jerusalem?  Judea?  Samaria?  You can count on Shas! (If you can afford it!)

Seriously, Sephardim need a party that is clearly dedicated to Israel, who cares about our rights to the land, who isn’t afraid to stand up against the left, and who will not back down when the going gets tough.

If Shas wants to become a REAL political party, a REAL political force, rather than a begging society of wanna-be Haredim who just happen to have families who are Sephardi or Mizrahi, they need to dump Ovadia Yosef and take up Yoseph’s son, Rabbi Yaakov Yosef, as their spiritual leader.  True, he quit the fight for Emanuel because his life was threatened, but he has the fire in his belly, and the clear focus of one who should lead Shas.

Ovadia Yosef had his time and his place.  The world has moved on.  It is time that Rabbi Yaakov Yosef steps to the plate and saves the game for Sephardim and Shas.

And, while we are at it, let’s recruit Yoav Lalum to head the party.  It is time we had some real players who aren’t afraid to put themselves on the line to protect Sephardim and the rights of Sephardic people in Israel from the Haredi mob.

The Emmanuel affair has brought to public awareness the ugliness of Ashkenazi haredi discrimination against Sephardim. Importantly, too, it has shed light on Shas’s unforgivable acquiescence to this ongoing discrimination.

Shas’s development is a story of Sephardi Jews’ uphill battle to, in the words of its spiritual mentor Rabbi Ovadia Yosef, “return the crown to its rightful owner.” For Yosef, this meant reasserting the dominance of Sephardi Torah scholarship, which, inevitably, would lead to improvement in the status of Sephardi Jews in a  haredi society devoted almost exclusively to the learning of sacred texts. But while Shas has scored some victories, Ashkenazi hegemony and condescension persist, as the Emmanuel affair demonstrates.

Ironically,  it was discrimination against Sephardi girls in haredi schools that led  to the creation of Shas. In 1982, faced with discriminatory quotas, MK Nissim Ze’ev created the party to run in Jerusalem’s municipal elections  as a means of gaining the political clout needed to offer an alternative haredi school for Sephardi girls. In 1984, Shas was established on a national level after Ashkenazi politicians reneged on a  promise to integrate a Sephardi MK into Agudat Israel. Shas enjoyed the  backing of Rabbi Elazar Shach, probably the most dynamic and influential spiritual and political leader of the haredim ever. Though Yosef was appointed the nominal head of the party, Shach remained Shas’s  patron with unofficial veto power.

FROM THE haredi Ashkenazi establishment’s perspective, the creation of Shas was an ideal way to indirectly gain the backing of a traditional Sephardi constituency that would never vote for Agudat Yisrael. The assumption was that Shas would faithfully subordinate itself to Ashkenazi rabbinic hegemony – know as Da’at Torah – in all its political decisions.

Shas took its first  cautious step toward political independence when party chairman Aryeh Deri supported Shimon Peres’s behind-the-scenes attempt in March 1990 to  topple his Alignment (Labor) Party’s coalition with Yitzhak Shamir’s Likud and create a left-wing government coalition willing to make territorial compromises. But Shas was forced to backtrack from what later became known as “the dirty trick” when Shach – in a fiery speech before tens of thousands in which he attacked the “rabbit and pork-eating” Left – demanded that all haredim reject Peres’s overtures.

The  break with Shach and the haredi establishment came two years later, when Shas joined Yitzhak Rabin’s Labor government, which included Meretz  as a coalition partner. But the trauma of that break would haunt Deri.

In  a speech before entering prison in 1999 for taking bribes, Shas’s popular former chairman publicly apologized to the ailing Shach for rebelling against him.

In recent  years, Shas has shown deference to Ashkenazi hegemony on various issues. The Sephardi party did not even send its own representative to the 2000 Tal Committee, which was created to find a solution for tens of thousands of haredim who indefinitely deferred mandatory military service, and were, therefore, forced to remain in yeshiva and not work. Shas allowed an Ashkenazi politician to represent it, even though Shas’s position on IDF service and employment for haredi  men is more moderate.

In 2002, Shas failed to rebuff attacks on Yosef’s daughter, Adina Bar-Shalom, who was publicly castigated by the Ashkenazi establishment for running a college that trained haredim to be accountants, social workers and computer programmers. Just two months ago, under pressure from the much smaller United Torah Judaism, Shas withdrew its support for Israel Beiteinu’s conversion reforms.

BUT THE most glaring example of Shas’s gratuitous kowtowing to Ashkenazi  hegemony is the haredi educational system. Almost three decades after Shas made the first step toward creating its own schools, elitist Sephardim – including Shas’s own MKs and ministers – continue to prefer Ashkenazi-run schools for their children. Perhaps that is part of the reason Shas MKs – except for the irreverent and independent-minded Haim Amsalem – were maddeningly silent when over 100,000 haredim took to the streets of Bnei Brak and Jerusalem last week to defend their rabbis’ call to discriminate against Sephardi school girls.

Shas and Yosef have a unique, often more lenient and open-minded position on an array of issues, from employment to army service to conversions. They also still have a battle to fight against discrimination. Sadly, due to the party’s deference to the Ashkenazi establishment, Shas’s voice is not being heard.