"Jews for Jesus" founder dead. May his name be forgotten, his children ashamed of his legacy. May Hashm judge him as he should be judged (i.e. enjoy hell you creep). 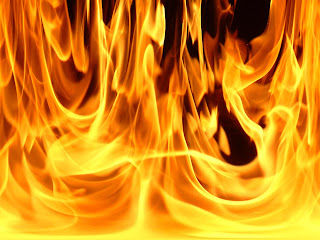 B"H
It is quite fitting that Hashm chose to end this terrible man's life on the same day that we celebrate the giving of the Torah.  I don't think I can name a Jew who rejected Torah more than this horrible evil man, and it is fitting that Hashm removed him from this earth in order for the rest of us to enjoy this holiday without him.
He not only sinned, but he caused others to sin deeply.  For this, there is no recompense.  May Hashm judge him as he should be judged, may his children reject him and find shame in his name, may he be forgotten, may his legacy be destroyed, and may those who followed him recognize their sin while they are still capable and turn to Torah, study it with true Jewish scholars, and learn the error of their ways.
Why am I publishing this story on my blog?
Because I want every Jew to know who their enemy is (Js for J was founded by the Baptist Church), where this enemy came from (the leader of Js for J was a Baptist Minister), who supports this enemy (Baptists), who funds this enemy (Baptists), and what this enemy uses to entice Jews away from Hashm and the Holy Torah (Lies and confusion).
They prey upon Jews who do not know their heritage and their traditions, they prey upon Jews who are poor, who are sick, or who are elderly.  Mostly, right now, they prey upon Jews from the Former Soviet Union, Jews from the Middle East, and Anusim.  They pretend to be Jewish, but they talk about "Yeshua"--their god-on-a-stick.
Do not fall for their evil lies, and don't let others fall for them either.
If you want information about how to counteract their evil lessons, and the evil lessons of other fake Jews PLEASE go to Jews for Judaism, The Anti-Missionary Gateway, The Messiah Truth Project, and/or visit Tovia Singer's Website for Outreach Judaism.
We all need to know what these blood-sucking soul whores are up to and how to counteract them.
-M
-----


Network News
<http://www.washingtonpost.com/ac2/wp-dyn?node=admin/registration/manage&destination=hpPref&nextstep=update>
Friday, May 21, 2010
M***** R****, 78, a Jewish-born Baptist minister who founded the controversial evangelistic group Jews for Jesus, died May 19 in San Francisco. He had prostate cancer. Jews for Jesus, founded in 1973, is the largest and most visible part of  the Messianic Jewish or Hebrew Christian movement, which holds that Jews can recognize Jesus as the messiah and still retain a Jewish identity. The group has offices in 11 countries, including Israel, and employs more than 100 missionaries worldwide. Mr. R**** said he modeled his evangelical efforts on Vietnam War protests he saw while living in the San Francisco area. Jews for Jesus spread its ideas via street theater performances and printed pamphlets with catchy titles such as "On the First Day of Christmas My Rabbi Gave to Me . . . " and "Jesus Made Me Kosher." Adherents handed out millions of copies on street corners and college campuses and at shopping malls and airports. "[W]e must believe in our hearts and confess with our mouths the Lord Jesus in order to be saved," Mr. R**** wrote in a statement posted onlineat the time of his death. "There are no shortcuts." That message infuriated most Jewish leaders, who saw Mr. R****'s evangelism as an assault on their faith. Leading Jewish groups launched efforts to counteract the efforts of Jews for Jesus and similar groups. "What they are attempting is spiritual genocide," Philip Abramowitz of the Jewish Community Relations Council of New York said in 1995 of the Messianic Jewish movement. "They want to see Judaism destroyed as an entity." M***** R**** was born April 12, 1932, in Kansas City, Mo., and was raised in an Orthodox synagogue in Denver. He adopted his Christian beliefs in 1953, the same year his Jewish-born wife converted. "It wasn't because I thought Christianity was nicer than Judaism," he told the Los Angeles Times in 1985. "Nor was it because I wanted to renounce my birthright, as many have said. Basically, I accepted Jesus because, after searching the Scriptures, I found Him to be true." Estranged from his parents after he declared his beliefs, Mr. R**** moved to the East Coast to study theology at New Jersey's Northeastern Bible Institute. He was ordained a Baptist minister in 1957, led Hebrew Christian congregations and worked for 17 years for the American Board of Missions to the Jews, with the aim of attracting converts. He led Jews for Jesus from 1973 until 1996, when he stepped down as executive director. The next year, he was named a "Hero of the Faith" by  the Conservative Baptist Association. He wrote numerous broadsides, articles and books, including "Christ in the Passover" (1977) and "Witnessing to Jews" (1998). Survivors include his wife of 60 years, C*** S*** R**** of San Francisco; two daughters, L** B*** of Skokie, Ill., and R*** R**** of San Francisco; a brother; and two grandchildren. Mr. R**** was willing to go to court to defend what he said was his right to free speech and brought lawsuits to hold interfaith Seders and distribute religious literature. "You can take from me everything but my Jewishness and my belief in God," he once said. "You can say I'm a nuisance, a Christian, out of step with the Jewish community, but you can't say I'm not a Jew."