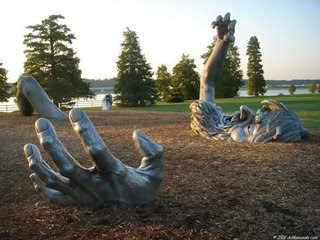 Korah foments a rebellion against Moses and Aaron, and is depicted in Jewish history as an arch-villain and trouble-maker. The Pirkei Avot describes Korah's rebellion as having been conducted "shelo leshem shamayim", not for the sake of Heaven. Like many demagogues, Korah appeals to the masses and tries to turn them against the existing leadership. Korah argues: all the congregation is holy--why should power reside only in Moses and Aaron?

The reason the Torah and subsequent Jewish tradition vilifies Korah is because his goal was not to improve the situation of the Israelites or to serve God in a better way; rather, Korah was interested in gaining power for himself and his followers. It was a personal, egotistical move by Korah to unseat Moses--and put himself at the helm of the nation. He did not offer any particular plan or prove why he would be a superior leader; he simply appealed to the frustrations of the masses and ran a "negative campaign" against Moses.

Unfortunately, it has become fashionable in some circles to brand anyone with new ideas and "anti-establishment" views as a Korah. An egregious example of this tendency occurred not long ago when a respected Orthodox rabbi compared a rabbinic colleague to Korah, because that rabbi dared to criticize the authoritarianism that has taken over within the Orthodox community. By comparing the rabbi to Korah, the intent was to discredit that rabbi as a mean-spirited, egotistical and power hungry demagogue.

By calling an honest and fine rabbi "Korah", the respected rabbi not only sinned against that rabbi, but actively participates in the authoritarianism that seeks to quash all opposition, that wants to crush any new ideas, that wants to protect the establishment at all costs. How can an authoritarian, bureaucratic and corrupt system be changed unless people are willing to step forward and offer valid criticisms? Why should the "whistle blowers" be considered like Korah, when they are risking their own security and peace of mind by opposing the vested interests? The critics are not seeking to usurp power for themselves, and are not interested in egotistical gains. Rather, they are trying to alter a system that has grown self-righteous, imperious and perverse.

Let us criticize Korah and those like Korah. But let us not misuse Korah's name by applying it to good, honest and righteous people who are trying to improve our people and our service to God.

***The Angel for Shabbat column will not be appearing during the month of July. We wish our readers a good summer. Thanks for your continued support for the Institute for Jewish Ideas and Ideals, jewishideas.org
Posted by Unknown at 7:46 AM