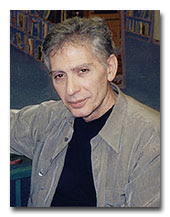 I could not have said this better (even though I wished I had said it as well!)

This is an column everyone should read. In it, Jack Engelhard exposes the shocking truth of how Obama's plan for Yesha so closely mirrors the plans of one of the most evil men in the world.

Thanks, Jack, for clarifying these points, for saying this so well, and for standing up and shouting when too many Jews are too bending down to kiss the feet of Obama.

Jack Engelhard's latest thriller, The Bathsheba Deadline, which centers on media deceit against America and Israel, is available in paperback at Amazon.

Where have we heard this before?

This is getting uncomfortable.

A few days ago, George Mitchell once again expressed his position, and opposition, even to "natural growth" in Mitchell - top Middle East envoy along with Clinton - explained that the controversy centered on "the number of Jewish births."
Judea and Samaria. Both Mitchell and Hillary Clinton speak for themselves and for President Barack Obama, who's made this - Jewish life in the "settlements" - his priority above all other international disputes.

Even the language is disturbing. Mitchell - top Middle East envoy along with Clinton - explained that the controversy centered on "the number of Jewish births." Where have we heard this before? To my mind, as someone who was born under similar conditions, in France under Vichy, where Jews were kept within "restricted zones," this sounds too much like Verboten!

When I hear American diplomats, and Obama himself, count the number of children allotted per Jewish family, at the same time measuring Jewish growth by the inch, the images that come to mind, to my mind, are of an earlier time, though not so long ago, when the Third Reich confronted the "Jewish Problem" by way of the Nuremberg Laws and the Wannsee Conference.

I picture Reinhard Heydrich and Adolf Eichmann. They, too, were Jewish Experts.

I hear echoes of "none is too many." That was the response from Canada's Mackenzie King's government on the question of how many Jews were to be allowed inside the country following the Holocaust. Those words still ring throughout Canada, especially among survivors, but how did "none is too many" become an American position so fast and furious?

On top of that, there's The New York Times' Blood Libel of the Day. Today, it's Tony Judt's turn for his "expertise."

I'm not saying that Mitchell and Clinton are Heydrich and Eichmann - but I am watching too many scenes that feature (in my imagination) long speeches amplified by radio, round-ups, sealed trains, enclosures, ghettos, quotas. This takes me back to all that and it is unpleasant. We were supposed to allow this never again.

The past has returned, as my eyes see it, and we're watching it unfold with diplomacy that's too familiar.

When our ship came in - into Philadelphia - we were greeted, but not with brotherly love, back in April 1944. This boat was the Serpa Pinto (one of the few Jewish refugee voyages that were successful) and, as my sister Sarah recalls in her memoirs, "The city arranged planks upon the docking area and had us under armed guards lest we step on American soil."

We were, paradoxically, en route to Canada. America wouldn't have us. (Finally and thankfully, yes.)

Here we go again - but now in Israel? None is too many?

Mitchell and Clinton, and certainly Obama - do they know the Jewish Experience and what it means to restrict Jews and place them into "zones"? I'm not talking politics and policy. That's too complicated for this trip. I'm talking about the sound, the roar of approval this brings to mind . . . [MORE]
Posted by Unknown at 6:05 AM