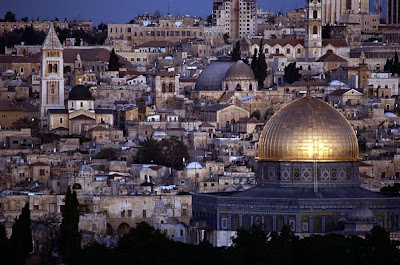 As we prepare to celebrate Yom Ha-Atsmaut next Tuesday night and Wednesday, we rejoice at the wonderful successes of the State of Israel. Our joy, though, is dampened by the ongoing perfidious slanders and threats lodged against Israel and the Jewish People from so many different quarters. It is vital that we stay focused on the remarkable renaissance of the Jews as manifested in the re-establishment of a sovereign Jewish State after so many centuries of exile. We thank the Almighty for having granted us the privilege of living at this special time in Jewish history.

For this week's Angel for Shabbat column, I am reprinting an article I wrote for inclusion in a book, A Dream of Zion, edited by Rabbi Jeffrey K. Salkin, published by Jewish Lights Publishing Co. The volume includes essays by various authors, on the theme: American Jews Reflect on Why Israel Matters to Them. Please forward this Angel for Shabbat column to others who may find it of interest.

A tiny nation, often misunderstood and maligned, changed the course of history for the good. This tiny nation produced the Bible and its prophets; sages and mystics; poets and dreamers. This tiny nation, generation after generation, in many ways has been the conscience of humanity, the litmus test of human civilization.

This tiny nation lived in a tiny land in antiquity. Its King David established Jerusalem as its capitol city a thousand years before the dawn of Christianity and more than 1600 years before Mohammed. It was seldom allowed to live in peace: other nations threatened, attacked, made war. It saw its capitol city razed by vicious enemies, its Temples destroyed by Babylonians and Romans, its citizens ravaged and exiled.

This tiny nation, scattered throughout the world, faced persecutions and humiliations. Its men and women and children were confined to ghettos, deprived of elementary human rights, subjected to pogroms and pillage. Millions of them were murdered during the Holocaust.

Exiled from its land for nearly 2000 years, it always dreamed of returning to its ancestral soil and re-establishing its sovereignty. It prayed daily for the return. Many of its members made pilgrimages, and some remained living in the land throughout the generations, in conditions of poverty and oppression.

In spite of the persecutions it suffered and in spite of the callousness of so many nations of the world, this tiny nation maintained faith in One God and in the mission He assigned it to bring the lofty teachings of Torah to humanity. In spite of all its sufferings, this tiny nation maintained faith in humanity: it strove to make the world a better place for all human beings, with an eternal optimism that is truly a wonder.

This tiny nation, born 3500 years ago, wove its way through history and refused to be destroyed or silenced. This tiny nation, scattered throughout the lands of the world, found the will and the courage to return to its historic homeland after nearly 2000 years of exile. The return home has been difficult. It has had to fight wars, withstand terrorism, overcome economic boycotts, endure political isolation, and combat hateful propaganda.

Yet, this tiny and ancient nation, against all reasonable odds, has re-established its sovereignty in its historic homeland; it has created a vibrant, dynamic, idealistic society, dedicated to the ideals of freedom and democracy. With its memory spanning the millennia, it has created a modern, progressive state.

My wife Gilda and I first visited this historic land in the summer of 1968, a year after our marriage. When we glimpsed the shoreline from the airplane window, we both found ourselves with tears in our eyes. We were not born in this land; we had never been there before; and yet we were returning—we and all the generations of our families were returning through us. “When the Lord turned back the captivity of Zion, we were as in a dream (Psalm 126:1).”

To stand with Israel is to stand for the redemption of the people of Israel and humanity. To stand with Israel is to recognize the sheer wonder of the survival and contributions of the people of Israel. It is to affirm the preciousness of life over a culture of death; righteousness over hypocrisy; idealism over despair. This tiny nation in its tiny land is a testament to the greatness of the human spirit. It is a testimony to God’s providence.

It is a privilege, beyond words, to dream with Israel and share its destiny.


***Please join our growing family of members and supporters by contributing online at the website of the Institute for Jewish Ideas and Ideals: jewishideas.org Please help in our work to foster an intellectually vibrant, compassionate and inclusive Orthodox Judaism.
Posted by Unknown at 10:09 AM