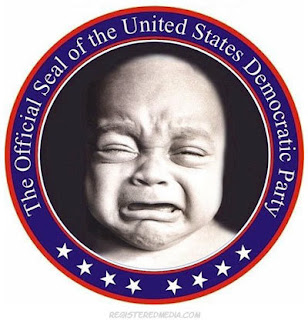 While Mayor of Wasilla, AK, Gov. Palin had a policy that if a candidate came to her city, she would wear that button on the day they were there. Pat Buchanan came to Wasilla so the day he came, she wore a button. On July 26, 1999, then-Mayor Palin wrote the Anchorage Daily News to clarify the record because a wire service story the paper had published nine days before "may have left your readers with the perception that I am endorsing" Buchanan because she had welcomed his visit to her town. "As mayor," she explained, "I will welcome all the candidates in Wasilla." (Anchorage Daily News, 7/26/99)


Smear: Democrats lie about Governor Palin endorsing the views of a Jews for Jesus speaker that spoke once in her church.
Facts: Gov. Palin did not know this speaker would be at her church and emphatically rejects his views.

This is based on concerns about a sermon presented last month at the church she usually attends. The Jewish news agency JTA investigated and reported that 1) Palin would have had no way of knowing that this person would be speaking at church that day, 2) Palin rejects the Christian speaker's offensive views, and 3) Abraham Foxman, national director of the Anti-Defamation League, has seen "no evidence" that she shares those views. (JTA, 9/3/08)

Also, this speaker spoke once at Palin's church. Democrats should be cautious when their candidate, Barack Obama, embraced an anti-American, anti-Semitic pastor, Rev. Jeremiah Wright who was both a personal friend and mentor for 20 years. Democrats are absolutely attempting to smear Gov. Palin with distorted facts. Democrats are doing a disservice to themselves if they think with one or two distorted facts that they can fool the Jewish community.

Smear: Democrats lie about Governor Palin seeking to have creationism taught in public schools.
Facts: Gov. Palin took no action to add creationism to the state's curriculum throughout her term in office.

The Associated Press investigated and found that Gov. Palin "kept her campaign pledge not to "push the State Board of Education to add creation-based alternatives to the state's required curriculum or look for creationism activists when she appointed members." The AP also quoted a political observer in the state who observed, "She has basically ignored social issues period." (Associated Press, 9/3/08)

The RJC is determined to set the record straight in the face of frenzied attacks on Gov. Palin and Sen. McCain. Please let us know if you hear about a smear that needs to be addressed.