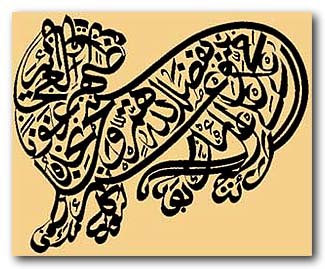 (IsraelNN.com)
"This is a hugely important discovery."
A team of archaeologists claims to have discovered remnants of the legendary Khazar kingdom in southern Russia, according to a recent report. If the findings by the Russian team, reported by the French agency AFP, prove to be indeed the long-lost capital of the reputed Jewish state, they would represent one of the largest breakthroughs in Jewish archaeology.

"This is a hugely important discovery," said the leader of the expedition, Dmitry Vasilyev. Vasilyev, from Astrakhan State University, made the comments after returning from the excavation site, located near the Russian village of Samosdelka, just north of the Caspian Sea. The location of the site corresponds roughly to the area in which historians believe the empire may have existed.

"We can now shed light on one of the most intriguing mysteries of that period - how the Khazars actually lived,” he added. “We know very little about the Khazars - about their traditions, their funerary rites, their culture.”

The Jewish University in Moscow and the Russian Jewish Congress helped finance the excavations, which took place during the summer in various locations throughout the region in which the discovery was made. The digs were overseen by a number of university professors, and roughly 50 students took part as well.

The Khazars were known to be a semi-nomadic Turkic people who dominated the Pontic steppe and the North Caucasus regions from the 7th to the 10th century CE. The origin of the Khazars and their apparent conversion to Judaism is the subject of major dispute among modern historians.

In the 7th century CE, the Khazars founded an independent khaganate, or kingdom, in the Northern Caucasus along the Caspian Sea. It is believed that during the 8th or 9th century, around the height of their kingdom, the state religion became Judaism at the order of the king. At this point, the Khazar khaganate and its tributaries controlled much of what is today southern Russia, western Kazakhstan, eastern Ukraine, Azerbaijan, large portions of the Caucasus (including Circassia, Dagestan, Chechnya, and parts of Georgia), and the Crimea.
The first Jewish Khazar king was named Bulan, which means "elk", though some sources give him the Hebrew name Sabriel. A later king, Obadiah, strengthened Judaism, inviting rabbis into the kingdom and building synagogues.

References to a Jewish kingdom of Khazars are numerous in rabbinic literature from the Middle Ages and later. Among them is the famous tale by Rabbi Yehuda HaLevy, related in his 12th-century work The Kuzari, which recounted the conversion of the Khazar king to Judaism resulting from a lengthy conversation with an unnamed Jewish “wise man.”

Among other Jewish sources supporting the Jewish identity of the Khazars is a letter written by Avraham ibn Daud, a renowned writer, who reported meeting rabbinical students from Khazar in Toledo, Spain in the mid-12th century. The well-renowned Schechter Letter recounts a different version of the conversion of the Khazar king, and mentions Benjamin ben Menachem as a Khazar king. Saadia Gaon, considered by many to be the greatest rabbi of his generation in the 10th century, also spoke favorably of Khazars in his writings.

The belief in a Jewish Khazar kingdom enjoyed wide belief in non-Jewish literature as well, including classical Muslim sources cited in modern times to demonstrate that the homeland of the Jews is in Khazar and not Israel.

The city Vasileyev claims to have found was referred to as Itil in Arab chronicles, which the archeologist said may actually be an Arabic reference to the Volga River, on which the city was founded, or to the river’s delta region.
Historical sources describe Itil as a city of unusual ethnic and religious tolerance and diversity. Travelers to the city described houses of worship and judges for Christians, Jews, Muslims and pagans.

Until now, however, remains of the city had never been identified, and many believed that in the intervening millennium since the demise of the Khazar empire in the 10th century, all signs of the city were washed away into the Caspian Sea.

Although archaeologists have been excavating in the area of Samosdelka for the past nine years, only now has Vasileyev’s team been able to claim findings conclusive enough to identify the site of the capital. Among the discoveries his team has unearthed are the remains of an ancient brick fortress.

"Within the fortress, we have found huts similar to yurts, which are characteristics of Khazar cities,” said the researcher. “The fortress had a triangular shape and was made with bricks. It's another argument that this was no ordinary city."
Posted by Unknown at 5:46 PM