Black Students Take a Stand! “The Students for Justice in Palestine’s labeling of Israel, an extremely diverse and vibrant country, as an apartheid state is not only false, but offensive.” 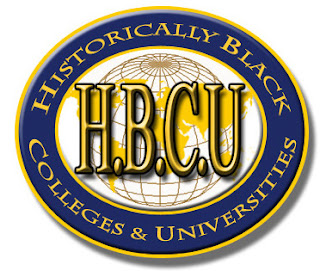 B"H
I am so proud to say that I teach at an HBCU!  My students are the finest you will find anywhere.  They find a way, or they make one.
Most of my students are conservative in their value systems, they are religious, and they are breathtakingly smart.  Mostly, they are well-schooled in the lessons of history, much better schooled than any students in the state colleges where I have taught.
They have to be.
Like Jews, African Americans carry with them a painful historical legacy.  This is why Jews and blacks walked hand in hand and shoulder to shoulder during the civil rights era.
Justice is most significant to those for whom Justice has been denied.
Just as Jews should speak out when the word "Holocaust" is cheapened by its application to small matters or appropriated by groups who intend only to repeat the Holocaust; African Americans must step up and object to the cheapening of the word "apartheid."
Thank you, Vanguard Leadership Group, for your stalwart and powerful statement.  Thank you, HBCUs for championing the cause of JUSTICE wherever it needs to be defended.
Thank you to the black community, to the black ministers and reverends, rabbis and imams, priests and laypeople who, every day, defend Israel and her people. G-d bless you all!
Mostly, thank you to the strong and amazing students and your equally dedicated parents who cherish heritage,  history, and tradition enough to choose an HBCU.  You are the leaders of tomorrow, and I am honored to know you.
M
-----

NEW YORK – African-American student leaders from a variety of historically black colleges and universities took out full page ads in numerous American college newspapers Thursday, displaying an “Open Letter to Students for Justice in Palestine (SJP),” to convey that they were offended by SJP’s use of the term “apartheid” at recent Israel Apartheid Week events at campuses across the country.

The 16 signatories to the letter are students and alumni from historically black colleges and universities who are members of the Vanguard Leadership Group, a leadership development academy and honor society for top students. The letter ran or is slated to run in student newspapers at Brown University, University of California- Los Angeles, University of Maryland and Columbia University over the next few days.

“The Students for Justice in Palestine’s labeling of Israel, an extremely diverse and vibrant country, as an apartheid state is not only false, but offensive,” Vanguard President Michael Hayes told The Jerusalem Post. “Additionally, this rhetoric does absolutely nothing to help Israel-Palestine negotiations or relations. We feel this type of action serves to hinder the peace process domestically and abroad, and have made it our priority to take a stand to shift the tide of understanding.”

In a statement released by the Vanguard Leadership Group as to why they authored the open letter to SJP, Vanguard described itself as “proudly involved in the pro-Israel movement in America.

“The use of the word ‘apartheid’ by Students for Justice in Palestine (SJP) in its characterization of Israel is patently false and deeply offensive to all who feel a connection to the state of Israel,” the letter reads. “Your organization’s campaign against Israel is spreading misinformation about its policies, fostering bias in the media and jeopardizing prospects for a timely resolution of the Israeli-Palestinian conflict. Such irresponsibility is a blemish on your efforts.”

The letter continues to state that “[p]laying the ‘apartheid card’ is a calculated attempt to conjure up images associated with the racist South African regimes of the 20th century,” and calls the strategy “as transparent as it is base.”

“Beyond that, it is highly objectionable to those who know the truth about the Israelis’ record on human rights and how it so clearly contrasts with South Africa’s,” the letter reads, noting that under apartheid, black South Africans had no rights in a country in which they were the majority of the population.

Saying that the analogy manipulates rather than informs, the letter requests SJP to “immediately stop referring to Israel as an apartheid society and to acknowledge that the Arab
Posted by Unknown at 6:38 AM