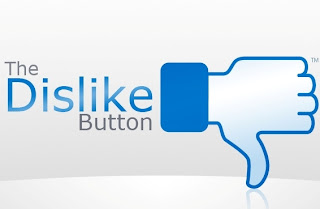 Did I call it last week, or did I call it?  I KNEW this would happen.  Thank You, Larry Klayman, and your yet unnamed source!  May you succeed in this endeavor, may you be blessed by G-d, and may you use the money you win toward helping those who are harmed by arab violence against Jews.
I know Facebook has software to find these hate-pages much more quickly than my friends can find them by typing into a searchbox.  There is no reason on earth why these hate pages exist but the environment of tolerance toward hating Jews which has permeated our times.
I remember, as a child, thinking "How could the Holocaust have happened? How could the German people have believed the lies that Hitler told them?"  Now, living in these times, I understand perfectly how the Holocaust could have happened.  Shame on every so-called "leftist" who spreads hate in the name "tolerance."  You are the intolerant ones!  You are the new Nazis.
Wake up, Europe!  Wake up, US college students and liberals!!  You are setting the stage for the murder of Jews, and when it happens (again and again), you look the other way and say, "I have nothing to do with this."
Know that the blood of the Fogel family is on your hands, know that the blood of Jews killed and injured at the bus station is on your hands!  Know that the blood of Jews who are murdered in Yemen and Syria and Egypt and Iran and Iraq are on your hands.  Know that the terrorists draw their strength and their money from you.
You can look away if you want, but G-d will not.  You can deny responsibility, but the TRUE JUDGE will decide your guilt.
M

Billion-Dollar Lawsuit Over Facebook 'Intifada Page'
http://www.israelnationalnews.com/News/News.aspx/143298 by Chana Ya'ar An American “of Jewish origin” has filed a lawsuit against Facebook and  co-founder Mark Zuckerberg for not moving fast enough to remove the “Third Palestinian Intifada” fan page from its site. The complaint was filed in Washington D.C. Superior court by attorney Larry Klayman, according to the TechCrunch technology blog, which obtained a copy of the court papers. Klayman described himself as “active in matters concerning the security  of Israel and all people,” according to documents quoted by the AFP news agency. The complaint calls on the court to bar the site from allowing such pages as the “Third Palestinian Intifada” “and any other related and similar sites, which advocate violence and death to Jews.” Since the initial page was removed, a similar page has replaced it, along with numerous others , all written in Arabic, calling for millions of foreign Arab descendants of those who once lived in pre-1948 Israel to swarm across its borders .  A number of the sites contain posts that carefully tiptoe around the issue of violence, but vow to "liberate Jerusalem" and speak of how "Allah will chastise them at your hands and disgrace them and give you victory over them" -- presumably a reference to Israelis. The suit claims the social networking site showed negligence in not responding promptly to appears to remove the page. It also asks for more  than $1 billion in damages. A spokesman for Facebook said the site would fight the suit. “While we haven't been served with a complaint, we believe the case is without merit and we will fight it vigorously,” he said. Despite numerous reports to the site that the page violated its own Terms of Service for hate speech and threats of violence – including a direct appeal  by Israeli Public Diplomacy Minister Yuli Edelstein and the Anti-Defamation League in New York -- Facebook initially declined to remove the page, saying it “began as a call for peaceful protest.” The page had garnered more than 340,000 supporters before it was removed from the site. In a statement released last week, Facebook explained: “The page, the Third Palestinian Intifada, began as a call for peaceful  protest even though it used a term that has been associated with violence in the past. In addition, the administrators initially removed comments that promoted violence. However, after the publicity of the page, more comments deteriorated to direct calls for violence. Eventually, the administrators also participated in these calls. After administrators of the page received repeated warnings about posts that violated our policies, we removed the page. “We continue to believe that people on Facebook should be able to express their opinions, and we don't typically take down content that speaks out against countries, religions, political entities or ideas. “However, we monitor pages that are reported to us and when they degrade to direct calls for violence or expressions of hate – as occurred in this case – we have and will continue to take them down.”