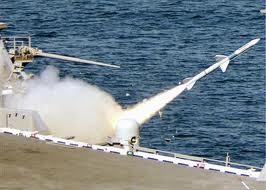 B"H
Well, it is good to realize that the US has recognized the threat that Gaza terrorists pose for Israel, and the fact that a threat against Israel is usually also a threat against America.
It is time that the other nations recognized this as well.
Jews are the canary in the coal mine--when Jews are threatened, when Jews are demeaned, when Jews are hated--the world needs to be on alert because what happens to Jews will, eventually, happen to them.
Europe needs to wake up, especially.  The violence and danger posed to Jews in Europe, and largely ignored by the EU as they try to demean and delegatimize Israel, will not go unnoticed by The Master of the Universe.
Those that bless us will be blessed.  Those that curse us will be cursed.  This is not just a Bible verse, it is a reality.
When the world loses its moral compass, it always goes after the Jews; and when the World loses its moral compass, it is because evil doings are afoot.
Ignoring the problem will not make it go away.
Thank you, America, for standing with Israel. It is not only noble, it is also smart.
M

-----
First US targeted assassination in Gaza pre-empts next Al Qaeda offensive
DEBKAfile  Exclusive Report  November 4, 2010, 1:18 PM (GMT+02:00)
http://www.debka.com/article/9124/
A missile fired from an American warship in the Mediterranean hit the car in which Muhammad Jamal A-Namnam, 27, was driving in the heart of Gaza City Wednesday, Nov. 3 and killed him, debkafile's  exclusive counter-terror sources report. Namnam was an operational commander of the Army of Islam, Al-Qaeda's Palestinian cell in the Gaza Strip. He was on a mission on behalf of Al Qaeda in the Arabian Peninsula – AQAP to plan, organize and execute the next wave of terrorist attacks on US targets after last week's air package bomb plot.

According to our sources, the Palestinian cell members were planning to  infiltrate northern Sinai from the Gaza strip over the coming weekend and strike American personnel serving with the Multinational Force and Observers Organization – MFO, which is under American command and is stationed at North Camp, El Gorah, 37 kilometers southeast of El-Arish.

In a coordinated operation, Al Qaeda fighters hiding up in the mountains of central Sinai were to have attacked US Marines and Air Force troops stationed at the South Camp in Naama Bay, Sharm el Sheikh.
The twin attacks were scheduled for Sunday, Nov. 7, or the following day.

Our sources say that, just as US-Saudi intelligence cooperation led to the interception of package bombs from Yemen last week, so too US intelligence-sharing with Egypt and Israel foiled a major Al-Qaeda terrorist attack on American personnel in Sinai. Egyptian intelligence picked up on Namnam's scouting forays of US forces and discovered him caching weapons and explosives ready for the Al Qaeda strike force's arrival from Gaza.

Israeli intelligence tracked Namnam's movements in Gaza City. It is quite likely, said a high-ranking Western military source in the Middle East, Thursday, Nov. 4, that the Israelis pinpointed Namnam for targeting by the US ship-borne missile that killed him.

Hamas security sources in Gaza now suspect that Israel had its own reasons for permitting new cars to be imported to the Gaza Strip for the  first time in two years, knowing that they would be commandeered for the personal use of the chiefs of armed organizations, including Namnam.  They believe Israel planted tracking devices in those vehicles.

The Palestinian sources also say that the blast which killed the Army of Islam man was unusually powerful and reverberated through most of the  enclave. Witnesses denied sighting Israeli UAVs or other aircraft over the skies of Gaza.

The Al Qaeda operative's death by a US missile is the first American targeted assassination in the Gaza Strip against an Al Qaeda target. Up until now, US missions of this kind took place in Iraq, Yemen and Somalia.

debkafile's military sources report that, even after the abrupt passing of Al Qaeda's operational commander in the Gaza Strip, the two MFO camps in Sinai remain on high terror alert. The Al Qaeda cell or cells assigned to hit the South Camp in Sharm el Sheikh are still at large, the objects  of a massive manhunt by Egyptian forces. It is also feared that Namnam's own cells could split and sections head out to North Camp in northern Sinai to complete his mission.
Posted by Unknown at 6:53 AM