Is Building a "Kosher Internet" Kosher? At What Point Does a Quest for Tzniut Become an Excuse for Thought Control? 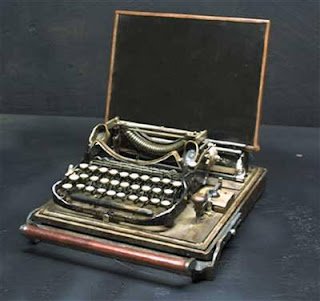 B"H
I can understand that religious people don't want to see revealing images, as there are a lot of very inappropriate images on the web. However, if they don't, they should just have a simple program that disables images, right?
Why do they need to build a whole "kosher internet"?
I would be very suspicious of a whole organization that was deciding what I could and could not view.  I just wouldn't want to hand over my entire intellectual rights to some "minders" sitting in a drab office under the consultation of some "rabbis."
This sounds just too close to cult behavior.
At that point, is it still Judaism?  Don't we practice a religion that encourages deep thought and intellectual curiosity about the world and provides not answers but discussions regarding how each issue should be handled?
Isn't this the tradition that gave us the Talmud?  What is the Great Midrash, but a discussion of difficult issues and how to deal with them in a halachic way?
Isn't it a supreme oxymoron to say that one must limit knowledge in the name of Judaism?
M
-----
From Koogle to Yideotube, efforts to provide a kosher Internet
By EDMUND SANDERS
Los Angeles Times
http://www.kansascity.com/2010/11/24/2467855/from-koogle-to-yideotube-efforts.html

From a drab office in this ultra-Orthodox Jewish  stronghold, three devout young women hunch over computers and surf the Internet - looking for pornography, celebrity gossip and a laundry list of other items banned by their rabbis.

It's  odd work for this trio, dressed modestly and wearing wigs in keeping with their beliefs. But it's their job at Israel's first ultra-Orthodox Internet provider, Nativ, as it tries to launch a product that could transform the traditionally sheltered community: kosher Internet.

Because  racy images of women are the most common offensive content found, the company decided it would be less objectionable to hire women to scour the Internet so ultra-Orthodox customers can surf without worry.

Lea  Bernat, 22, a former kindergarten teacher, clicks through hundreds of web pages a  day, using specialized software to open links and disable problematic content. "If it's clean, we release it," she said. "If it's really unclean, we tell the customer that the site isn't approved."

But is it kosher?

That's  the question facing many ultra-Orthodox as they move online and are greeted by a fast-growing industry seeking to cater to their special needs, even though no one agrees yet exactly what a kosher Internet should look like.

Worried about violating prohibitions against working on the Sabbath? Software vendor SaturdayGuard sells technology that enables websites to block access for Internet users, depending upon their time zone, between  Friday and Saturday night.

There's  even an online support group, GuardYourEyes.org, specializing in helping  Orthodox Jews break "lust addictions" arising from Internet access. In addition to the usual 12-step programs and daily "strengthening" e-mails, the group offers tips for curtailing inappropriate surfing, including using software that automatically sends  lists of visited websites to your spouse or rabbi.

Modern technology has long been viewed by many ultra-Orthodox rabbis as  incompatible with a spiritual life. Television is banned and only "kosher" cellphones, which  carry rabbinical stamps and have disabled Web browsing and text messaging, are accepted in ultra-Orthodox, or Haredi, communities here.

Ultra-Orthodox  Rabbis initially labeled the Internet as the biggest  threat yet to Judaism, likening it to eating pork and calling it "1,000  times worse" than TV. As the technology spread, rabbis softened their stance and by 2005 allowed limited Internet use for work purposes only.

Now,  as the Internet permeates most aspects of life, from banking to registering children at school, more Haredi families have no choice but to go online. About one-third admit to having Internet access at home, though the actual figure is believed to be about 50 percent.

With  an outright ban on the Internet no longer feasible, ultra-Orthodox rabbis are realizing that their only option is to create a  kosher variety.

"The  overwhelming majority understand that if you can't fight it, join it," said Avi Greenzeig, believed to be Israel's first "kashrut monitor" - similar to those who inspect kosher restaurants. He was hired by rabbis to edit and censor one of Israel's most popular Haredi websites, Behadrei Haredim. "People can live without  television, but the Internet  is different," Greenzeig said. "It's impossible to tell people to go back to the caves.

Technology is moving forward and people must move with it. But there are limits."

From  the website's nondescript Jerusalem office, where there is no sign on the door and writers use pseudonyms because of the stigma of working for  an Internet company, Greenzeig reviews every article and reader comment  before it's posted online.

Greenzeig,  only 24 and working at his first job, is younger than the writers and editors. But as the official eyes of the rabbis, he carries considerable  clout because he's regularly in touch with the religious leaders.

A   piece about a rabbi accused of sexually harassing male students? Greenzeig spiked it. He also killed a review of a band that performs for   mixed audiences of men and women. Because the website workers are also  Haredi, there's never a problem with profanity or inappropriate pictures, but Greenzeig says he often edits reader comments when they are disrespectful or criticize rabbinical decisions.

Creating   a truly kosher Internet is no easy task, partly because of the unreliability of commercial filters. Already, frustrated Haredi youth are asking websites such as Answers.com, "How Do I Get Around Kosher Net?"

At  the same time, Haredi rabbis remain deeply divided on what kosher Internet should look like, who should have access and which websites should be blocked.

"So  far they haven't been able to find a clear line, as they have with cellphones," said Mordecai Plaut, an Orthodox rabbi who operates an English-language Haredi website. "They are still trying to figure out a way to throw out the bathwater and keep the baby."

For  example, pornography isn't the only thing that upsets some rabbis. They've also expressed concern about websites that espouse other faiths,  such as Christianity or Islam. They worry Haredim will waste too much time surfing trivial news and entertainment sites, and not spend enough time in religious reflection.

Access  to the Internet has also exposed Haredim, who traditionally have taken their direction only from rabbis, to alternate opinions.

"It's  also about control," said one ultra-Orthodox Internet professional who didn't want to be identified criticizing rabbis.

Nativ,  which employs the female Web monitors, offers Internet service to about  20,000  ultra-Orthodox customers. The company, based in Bnei Berek just  outside  Tel Aviv, adheres to strict religious guidelines, employing only Haredi  workers and taking instructions from rabbis.

Deputy  chief executive Yechiel Twersky is dressed in a 19th century black suit  with hat and sidelocks, yet has the very 21st century habit of checking  his Blackberry while holding conversations.

Twersky  installs "unhackable" programs on customers' computers to ensure that all Internet access goes through Nativ. The standard service offers about 2,200 websites, mostly government agencies and Haredi businesses. All forms of social media, such as Facebook, YouTube and Twitter, are blocked, as are Google images.

Customers who want access to anything else, such as a journalist who wants to read a particular news site or a  doctor who needs a medical research page, must provide a letter from his or her rabbi. Then the female monitors inspect the site.

Software  engineer Yaniv Sharon, a Haredi father of five from Rehovot, has tried all the providers, but says none offer the right balance of protection from inappropriate images and access to websites he needs for  his Web-design business.

So Sharon is braving the Internet alone, even though he's worried about even inadvertent exposure to pictures of women.

"Just viewing such a picture damages the soul," he said. "I put my hand up and scroll the page down."

He's been advised to hang a picture of his rabbi on the computer to keep him focused. "It's a constant battle, though."

(Batsheva Sobelman in The Times' Jerusalem Bureau contributed to this report.)