TIME Journalist, Karl Vick, Looks At the Facts . . . After the Fact 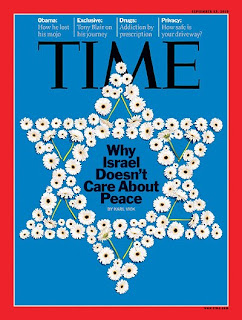 B”H
Seriously? The “Jerusalem Bureau Chief” of Time Magazine had never gotten into a car and traveled 30 minutes to visit Judea and Samaria, but he published a huge article criticizing it? How long has he been in Jerusalem?
I just can’t understand what passes for “journalism” today. My dear journalism professors of days past would be aghast.
No journalist, at least no journalist that I ever knew when I was studying to be a foreign correspondent, would EVER think of writing a story about a place they had never been to, about people they had never met, or about events to which they had no knowledge.
“That,” my dear Doc Laak would say, “is not Journalism, it is fiction!”
Such hack journalism was reserved, in those days, to the National Equirer and the Star. Now, such fictions can be seen in the hallowed pages of TIME, Newsweek, and The New York Times on a daily basis.
Karl Vick is guilty of journalistic malpractice at best, and it is good that he has decided to do a bit of journalistic teshuva with this tour.
Let us hope that this tour did, actually, open his eyes and didn’t—as I fear—simply twist in his mind to confirm all of his already set prejudices (also a journalistic no-no in times past).
And, if he does actually write the follow-up story, I doubt the so- leftist- they- take- three- turns- left- to- make- a- right- turn- editors at TIME will print it. After all, such an article would never meet their editorial “responsibility” to report the news that attacks Israel, and ONLY the news that attacks Israel.
Even this article is enough that poor Vick will probably have to go to Fox News with his hat in his hand and ask for a job, as none of the failing news magazines who only print the garbage against Israel would have him, I’m sure.
Welcome to the journalistic backwater, Mr. Vick. Take a seat in the land of “print the truth and never write for a newspaper or magazine again” journalism.
M

Time Magazine’s Jerusalem Bureau Chief, Karl Vick is the author of the recent article “Why Israel Doesn’t Care About Peace" which claimed that Israelis just want to enjoy the sunshine, make money and enjoy their economic boom while Palestinians suffer. The feature, which was promoted by a Time Magazine cover of a gigantic Jewish Star that would not have shamed any anti Semitic publication, was greeted with furious reactions from pro-Israel commentators, from the ZOA’s demand for an apology to Professor Phyllis Chesler’s erudite critique on Israelnationalnews.

The journalist must have expected the same or worse from the Shomron (Samaria) Regional Council when they contacted him. Instead, Vick was promptly invited, by no less than the Executive Director of the Council of Judea and Samaria (Yesha Council) , Naftali Bennett. for a personally guided VIP tour of the Shomron to see “the facts on the ground” for himself.

David Ha'ivri, head of the Shomron International Liaison Office, who accompanied Vick at the start of  the tour, commented to Israelnationalnews, ”Vick clearly came to learn, he really listened and asked interested questions” .

Accompanying Vick on the all day tour was Yesha Council head Bennett himself, whose residence in Petach Tikva is proof of widespread support of Israelis for Yesha communities. The day started out with a visit to the residential community of Beruchin, the town of 100 families inexplicably called an "unauthorized outpost" in the 2005 report prepared for the Prime Minister Ariel Sharon by Dalia Sasson, Vick saw for himself the tens of permanent homes and the town's infrastructure built with government aid, the government authorized connection to Israel's electricity grid and water system that characterize the town that was later termed "unauthorized".

Beruchin overlooks central Israel, and Vick was able to enjoy the view of Tel Aviv from the town, but also to understand the danger of ever leaving this hilltop area overlooking central Israel open to takeover by rocket launching terrorists.

Continuing to the nearby Barkan Industrial Park, Vick met and spoke freely with some of the 5000 Arab workers employed at the park and heard about their lives, what they think of the present situation and the prospects for peace, He saw Jews and Arabs working side by side in production lines.

The tour went on to Ariel, a thriving city of 17,000 Israelis, many of them immigrants from Russia. but recently in the news when a group of leftist Israeli actors announced a much publicized boycott of its new Cultural Center. The town is home to many expellees from the Gush Katif "disengagement" expulsion, some still in temporary caravans due to the building freeze.

At Ariel University Center, University President, former MK Yigal Cohen-Orgad, showed the visitor the new free electron laser unit that is being used in various types of scientific research. Bennett told Israelnationalnews that Vick admitted never imagining this level of research equipment in the Shomron. "It is clear", Bennett continued, " that ick also never imagined that the Shomron is home to so many secular, kippa-less Israelis. The picture painted in the media is that of an area of 'fanatically religious Jewish extremists'.

At Eli, site of the pre Army yeshiva (Mechina) from which Roi Klein and  other IDF heroes stemmed, he met with Danny Dayan, head of the Yesha Council, spoke to residents, and went on to meet a fresh group of recent immigrants from France whose new baby was just born in Israel, The Shilo vineyards and the view of the Jordan Valley from a lookout point, followed by the archaeological excavations of the Israelites Biblical Tabernacle at Shiloh completed the day.

"Vick could not help but notice the vast open and untouched spaces between all the communities in the Shomron, Jewish and Arab, and how the Israeli presence does not encroach on Arab villages or agriculture", said Bennett. "It is obvious that there is enough room for all of us and for Jewish expansion."

Considering a Sequel to the Article
"I wasn’t aware of all this," Vick commented, explaining that he did not write the headline for his article and that editing had made the article seem more critical than he meant it to be. He is considering a sequel to it.

The Shomron Regional Council, headed by Gershon Mesika, has launched a campaign whose goal is to bring high profile personalities to see Samaria for themselves. The campaign, spearheaded by Council spokesman Yossi Dagan and David Haivri, has brought Ministers, MK’s and government officials from all parties, journalists and public relations people from the left to right spectrum to see the Shomron.

Welfare Minister Yitzchak Herzog, nationally known journalists and media personalities Yair Lapid and Avri Gilad, are some of those who been on the tours, with the latter writing that his entire outlook changed as a result. Journalist Menachem Benn actually moved to Nofim, one of the communities he saw for the first time, after his tour.

The VIP tours are open to overseas visitors and have hosted groups of all kinds, including a group of professors from the University of Georgetown, a top Obama aide who asked not to be identified, representatives from UCLA of Irvine and Santa Barbara, as well as the Olive Tree Initiative Group that promotes Arab-Jewish interaction.

The heads of StandWithUs, an organization dedicated to correcting misinformation about the Israel and the Middle East, recently joined the tour. Present were StandWithUs Director Michael Dickenson and eight other top staff members. The city of Ariel's media representative, Avi Zimmerman, hosted the Olive Tree Group and StandWithUs.
Posted by Unknown at 3:48 AM