Breaking Some Myths of Orthodox Singlehood, A Study 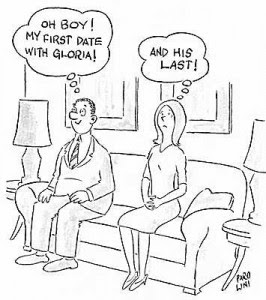 This is another great article on the reality of religious Jews and their relationships which has appeared on Rabbi Angel's excellent website for his Organization of Jewish Ideas/Ideals. The first one, on Sex and the Married Orthodox Woman, was a wonderful study which looked into how the concept of family purity plays out within the married relationship.

This article, by Dr. Jennie Rosenfeld, respectfully asks the question, "What Myths Exist With Orthodox Singles? How Do Those Myths Contribute/Explain the "Shidduch Crisis"?

She discusses five myths in the singles community and what her study found out in relationship to those myths. Those myths include:
I think this is a very important article for anyone dealing with singles issues--singles, their parents, their friends. It helps to discuss these issues and deal with the reality of the situation. Until we understand, fully, what is behind the "shidduch crisis," we cannot really deal with it.

It is obviously not a simple problem or we would have already solved it. Even if you disagree with Dr. Rosenfeld's conclusions, her study is just one more piece to fit into the puzzle which is orthodox singlehood.

Dr. Jennie Rosenfeld holds a PhD in English from the CUNY Graduate Center. She is currently a Junior Fellow at the Shalom Hartman Institute, where she is working on a book, Between Law and Desire: A Modern Orthodox Sexual Ethic. The Myth-Breaking section of this essay has been excerpted from the book. Prior to making aliya, Dr. Rosenfeld was the co-founder and director of Tzelem, a Special Project of Yeshiva University's Center for the Jewish Future, whose mission was to bring educational resources in the realms of intimacy and sexuality to the Orthodox community. This article originally appeared in issue 5 of Conversations, the journal of the Institute for Jewish Ideas and Ideals.

I'm smart, successful at my career, and fun to be with. I've worked out many of my "issues" in therapy. Here I am, eminently eligible and ready for a relationship, but somehow all of the guys I meet just aren't there yet. I feel like prescribing them a course of therapy, life-skills, and relationship-skills, and telling them to return in a few years, though hopefully I'll have found someone by then...
Sarah, age 27

I really want to get married and build a "bayit ne'eman b'yisrael" and all that other good stuff, but sometimes life gets in the way. I'm struggling really deeply with my conflicting sexual and religious needs, while trying to move forward in my career, and still make it to minyan-all this under the watchful and critical eye of my parents
and community. Spending Shabbat with my parents is the opposite of relaxing. I wonder whether they would have gotten married as young and as happily as they did had they had the same challenges to contend with when single as I do.
Avi, age 31


I hesitate to take up my pen and write about the broad topic of Orthodox singles. It's a topic on which much ink has been spilt and to little effect. I generally confine myself to the topic of singles and sexuality/religious conflict, which has been much less explored and where there are perhaps more constructive things to be written. However, I want to write briefly about some of the broader challenges faced by singles and by the Orthodox community. The issues are manifold and complex-spanning the religious, psychological, phenomenological, existential, physiological, and halakhic realms, among others-and my goals are limited. If I can succeed in making you question your assumptions about singles, or in breaking some of the myths that you hold dear, and shaking your sense of certainty about anything relating to singles and their place in the community, then I will have done enough. Deconstruction is easy compared to reconstruction, but it often needs to come first-I leave the rebuilding to the future.

We often hear mention of the "Shiddukh Crisis" or "Singles Problem" that currently plagues the Orthodox Jewish community. Various groups, organizations, synagogues, and individuals have given much thought to finding the "solution" or a range of "solutions" to this "problem." I don't want to enter into the fray of searching for solutions, partly because some of the "solutions" I've seen have been worse than the problem itself and have augmented the problem rather than solving it, and partly because I disagree with the entire construct of problem-solving that has been set up around Orthodox singles.

Let's start with some definitions: Many today would define the "Shiddukh Crisis" as the fact that today, more than ever before, large numbers of Jews are remaining single for longer, marrying later, or not marrying at all. This definition assumes that the mere status of married or unmarried is how we define success, and the quality of a person's married or single life doesn't matter to us. For many people, the "Singles Problem" is something that needs to be solved simply by getting everyone married as quickly as possible.

I want to suggest a different definition of the "Singles Problem": the crux of the crisis is, on the one hand, deeply personal, surrounding the individual issues that prevent people from either desiring or achieving a meaningful and committed relationship. And on the other hand, there is a wider communal dynamic in which the Orthodox community simply doesn't know how to include the unmarried individuals in its midst and often alienates singles, forcing them to either form their own singles communities or to leave Orthodoxy.

In this article, I want to focus on the intersection between the single and the community and on some of the myths that prevent mutual understanding.

The line between straining at truths that prove to be imbecilically self-evident, on the one hand, and on the other hand tossing off commonplaces that turn out to retain their power to galvanize and divide, is weirdly unpredictable. In dealing with an open-secret structure, it's only by being shameless about risking the obvious that we happen into the vicinity of the transformative....
Eve Kosofsky Sedgwick,
Epistemology of the Closet, p. 22

Before we can move toward a productive conversation about singles and their place in the community, I need to clear the ground from some of the many and often contradictory myths that currently prevail regarding singles. The very act of generalizing-of making statements that are relevant to "all singles" or "everyone"-does violence to the individual and his or her experience. Individuals come in different shapes and sizes; physically, emotionally, intellectually-and they relate differently to this period in their lives. We simply can't make any general assumptions about people.

I have chosen five common myths that I want to break systematically, though there are many more. I begin with the sexual realm because I think that it is the proverbial elephant in the room, which often hovers in people's consciousnesses but is not mentioned in polite conversation. Since halakha does not permit pre-marital sex or any physical contact with the opposite sex ("negiah"), singles either are not sexually active, or their sexual activity is illegitimate. Therefore, they are either grappling with sexual denial or repression, or they are violating the halakha. Either way, their situation is one that the wider community cannot easily identify with. The prevalence of assumptions and dearth of real information about people's sexual beliefs and practices-the confusion between myth and fact-may contribute to suspicion mixed with awkwardness in interactions between singles and members of the wider community. In this vein the myths can be especially damaging.

These myths, though they contradict each other, are both quite prevalent within the Orthodox community. Each comes from a totalizing perspective that seeks to reduce all singles to the same experience so that we don't need to give the matter further thought. If all singles are shomer negiah, then the system works-everything is fine, there is no conflict to be reckoned with, and we need not concern ourselves with the personal toll that this halakhic observance may be having upon the individual. On the other hand, if no singles are shomer negiah, then there is also no conflict-singles simply don't care about the halakha and thus they aren't part of the community. Each of these totalizing perspectives is detrimental and each ignores the uniqueness of the individual and the fact that people are different and that they cope with singlehood in different ways.

Although sex and sexuality are universal phenomena, they are experienced differently by different individuals and even by the same individual in different stages of life. For some, sexuality is a major challenge during the single years. For others, sexuality is a non-issue, or a minor issue. Some observe negiah with ease, others with difficulty, others not at all. Some are shomer negiah in some relationships and not in others or with some people and not with others. For others, the status changes . . . [MORE]