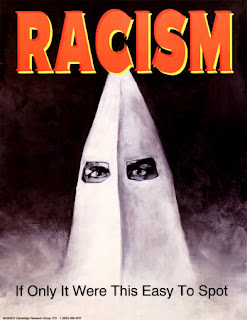 B"H
SHAME ON YOU, APPLE!!!
I am so disgusted by this! I have been a loyal Apple user since my Apple IIE days, but something like this can make me think to myself, "You know, maybe it is time you looked into PCs . . . "
Time to drop that Apple stock too. After they are sued big-time for the injury or (G-d forbid!) death of Jews, Apple will be reeling. (They have heard of liability, right?)
It isn't like these sweet followers of the "Religion of Peace" would be using some neutral technology like Twitter or Facebook to kill Jews--this is an app DEDICATED to the injury and/or death of Jews--so you can bet that the Apple Corporation will be sued and sued and sued and sued. They may never recover.
And, of course, there is also the "material support of terrorism" issue to consider. After all, such an app would not only encourage terrorism, but FACILITATE IT! I can't WAIT for Apple to face the Congressional Committees investigating that issue. WOW.
Tell me, do you think Apple will clear an app for violent uprising against blacks next? How about Latinos?
So much for "net neutrality" right?
Everyone should be screaming in the streets against Apple right now, but hey--attacking Jews is OK in this "enlightened" age, right? (And people say they can't understand how the Holocaust happened?)
I SINCERELY hope that Apple will rethink this incredibly dangerous course of action.
M
P.S. I just wrote this on my iMac. Sigh.
---

Israeli officials were up in arms Monday after Apple cleared for release into the iPhone App Store an application that encourages violent uprising against Israel, and advocates violence against “settlers,” generally defined by Arab anti-Israel groups as all residents of Israel.

Called “The Third Intifada,” the Arabic-language app features articles and stories by radical Arab members of Fatah and Hamas, as well as members of the Palestinian Authority. They discuss strategies to use in fighting IDF soldiers, and glorify acts of violence that have already taken place.

The app also features photos and images of Arab youths throwing stones and bombs at Israelis, and a collection of “intifada music” popular in the PA. In addition, it has a social media component, designed to allow activists to organize “flash mobs” on the go, gathering quickly at specific times and places to attack Israelis.

The app was developed by the same group that created the Facebook “Nakba Day fan page,” that was used in May to organize demonstrations and riots against Israeli police and soldiers. The page was taken down after mass complaints to Facebook.

Information and Hasbara Minister Yuli Edelstein called on Apple to withdraw the app from its online store. In a letter to Apple executives, including company director Steve Jobs, Edelstein wrote that after examining the app, “we can clearly point to this app as being anti-Israel and anti-Zionist. It clearly calls for an uprising against Israel. One of the app's objectives is to allow Palestinians to gather quickly for protests – some of them violent – that are planned."

“I believe that Apple, as a pioneering company, places the values of freedom of speech and creativity on a high level,” Edelstein continued. “At the same time, Apple is no doubt aware of the damage an app like this can cause. I ask you to please remove the app and restore your company to its preeminent place as a supplier of information and entertainment, and not to allow your good name to be used for incitement.”

Apple hasn't responded yet, but an examination of previous political controversies surrounding apps shows that Apple has removed a number that were considered offensive – including one that contained offensive drawings of golfer Tiger Woods, and another with political cartoons about which users complained.

A number of bloggers and writers have accused Apple of having a liberal bias in its App Store approvals; last year, Apple rejected an app by a Republican challenger for a Congressional seat in California held by a Democrat. After numerous protests, the app was approved.
Posted by Unknown at 7:05 PM