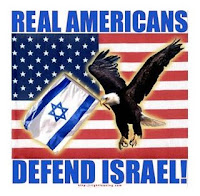 B"H
I don't usually become embroiled in action items, but I felt that this item was of such importance that I wanted to bring it to your attention.
Yesterday, a friend of mine received a "Google Alert" article from an Oregon on-line newspaper called the "Salem News."  I understand that the ADL and the Simon Wiesenthal Center regard this site as a "hate site," and I can understand why!
The article in question was so objectionable, so over-the-top in its Anti-Semitism and its attack on Jewish and Christian Zionists, that she contacted me so that I could get the word out.
I agreed with her assessment.
I don't want to bring any more traffic to this rag, so I have quoted the article, in its entirety, for the purpose of bringing it to your attention.  If you are as offended as I am, then it is time to act by writing letters to their internet provider, to their advertisers, and, if you live in Europe, you may be able to complain about this site, and some of the "European Correspondents."  If anyone has any other ideas for how to deal with this site (in a legal way, of course), please leave me a comment.
The site is sponsored by Hopone.Net.  You may make a complaint to that provider at this address:  http://www.hopone.net/contacts.php
Here is a list of some of the advertisers on Salem-News, and their e-mail addresses (please leave me a comment if you can find more!):
Auction Masters   allinalldone@hotmail.com
Steels Karate   steelskarate@toast.net
(They are an affiliate of the Japan Karate Federation of the Northwest, who should be alerted to what Steels Karate is doing.  Contact: admin@JKFNW.com)

Kadels Autobody     Corporate@kadels.com
Of course, all action against this site should be civil and legal.  Please do not threaten anyone or partake in any hate speech yourself.
M
-----
Dec-22-2010 14:25 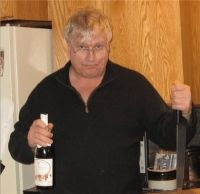 Gordon Duff is a Marine combat veteran and a regular contributor to Veterans Today. He specializes in political and social issues. You can see a large collection of Gordon's published articles at this link: VeteransToday.com.
He is an outspoken advocate for veterans and his powerful words have brought about change. Gordon is a lifelong PTSD sufferer from his war experiences and he is empathetic to the plight of today's veterans also suffering from Post Traumatic Stress Disorder. We greatly appreciate the opportunity to feature Gordon's timely and critical reports on Salem-News.com, a news organization staffed by a number of veterans, particularly former U.S. Marines.
You can send Gordon Duff an email at this address: Gpduf@aol.com
Posted by Unknown at 5:12 AM