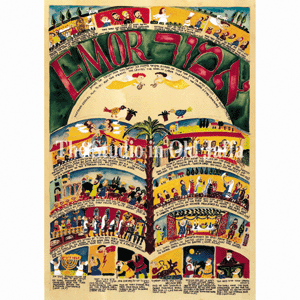 Holiness and Honesty
May 9, 2009
By Rabbi Marc D. Angel
http://www.jewishideas.org/angel-shabbat/holiness-and-honesty-thoughts-parashat-emor-ma

"And you shall not profane My holy name, and I shall be hallowed among the children of Israel; I am the Lord who sanctifies you, who brought you out of the land of Egypt to be your God; I am the Lord" (Vayikra 22:32-3)

We are commanded to sanctify God's name by living righteous, pious lives. We are commanded not to desecrate God's name through inappropriate behavior. The Torah adds the words: "I am the Lord". This phrase reminds us that we are answerable to God. We may try to deceive others, we may even try to fool ourselves: but we cannot deceive God. People find ways to rationalize their behavior, and to justify themselves--even when their behavior is not proper. The Torah tells us: we must be very careful in evaluating our motives and the impact of our words and deeds. "I am the Lord" who cannot be deceived.

It is said of the Ari haKadosh, Rabbi Yitzhak Luria, that he would not say his afternoon prayers until he first paid workers to whom he owed money. His rationale was: how can I appear in prayer before God, if I don't behave righteously by paying workers on time? The great 19th century sage, Rabbi Israel Salanter, was known to be highly sensitive to the feelings of others, teaching that one could not stand honestly before God if he/she is careless in showing respect and appreciation to fellow human beings.

Achieving holiness is a high aspiration; we take steps toward holiness when we act with integrity and with sensitivity to the needs and feelings of others.

A story is told of Harmon Hendricks, one of the leading figures in New York's Jewish community during the early 19th century. He was a major supporter of Congregation Shearith Israel--which was the only Jewish congregation in New York from 1654 to 1825. In those days, synagogue dues and donations were collected by the congregation's Shamash, who generally was paid in cash. Once, the Shamash came to the home of Harmon Hendricks to collect payment, but Hendricks didn't have enough cash on hand, so that his payment fell two cents short. The Shamash told him that he need not worry about the two cents. Harmon Hendricks was appalled. He told the Shamash: This is not your money and you have no right to forgive the debt; it belongs to the synagogue, the debt is 100% sacred and must be paid in full. If you forgive me two pennies, you'll forgive the next person $2, and the next one $200. If we feel the sanctity of our obligations, we want to do the right thing and not cut corners. I owe two cents, and will pay the two cents.

Harmon Hendricks understood the sanctity of paying obligations, of supporting the synagogue and community. He would have been upset with those who did not pay their debts on time, and who did not pay promptly and generously to support the religious institutions of the Jewish community. How could such people come before God in prayer, when they were deficient in fulfilling their obligations to their fellow human beings and to their communities?

***Please visit the blog on our website, jewishideas.org, and enter your comments on current issues affecting the Modern Orthodox world.
Posted by Unknown at 4:38 AM