Just an example of what is going on in the world.

And, meanwhile, on the JBlog list, where Jewish bloggers are rated for their articles, my article on the dangers we face in the US and being prepared is being rated down by . . . who?

Probably Jews who would like to imagine the arabs aren't out to get them because they are so nicely assimilated. They will be safe, right?

Or maybe Jews who think that because all their friends are arabs and they go to some reconstructist synagogue with a "We Love Arabs" sign on the wall, they will be OK, right?

Or maybe the Haredim are thinking they are safe in Boro Park and Crown Heights because they are so isolated and no one could infiltrate their communities, right?

The Neo-Facist Self-Hating Anti-Zionist Naturi Karta think their dear Williamsburg home is safe because they hate Israel. Surely they will be protected, right?

I will say again, and again, and again: get a gun and know how to use it. Find out what to do to protect yourself. Make plans. Invest some time in reading about what you can do to keep from being a victim.

Rate me down if you like, but read this, educate yourself, and get ready first, OK?

Ditto for our brothers and sisters in Europe, South America, Central America, Mexico, Australia, New Zealand, Africa and Asia. If they won't let you get a gun--get a tazer, some mace, or know where the firehose is in your synagogue. You might need to blast someone with it. 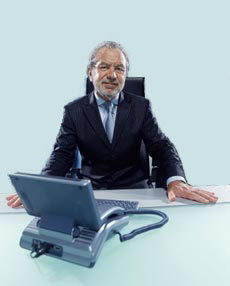 Businessman Sir Alan Sugar and record producer Mark Ronson feature on a list of high-profile British Jews who could be targeted after their names were published on an extremist website following Israel's assault on Gaza.

Other names listed include David Miliband, the Foreign Secretary, and Lord Levy, the long-time friend of Tony Blair and former chief fundraiser for the Labour Party. 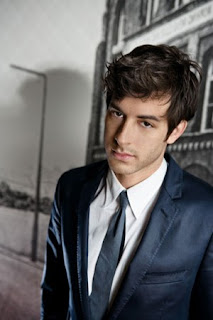 Although there has been a list of prominent British Jews published on Wikipedia since August 2004, a recent rise in attacks on Jews in Britain has led many to fear that the new list may encourage more violence.

One person on the site, 'Abuislam', has asked: "Have we got a list of top Jews we can target?" and others have asked for names and addresses to be posted.

The Community Security Trust, which gives safety advice to British Jews, has drawn attention to an upsurge in anti-Semitic attacks since Israel's offensive in Gaza began nearly two weeks ago. The organisation says there have been 24 incidents since December 29, including an arson attack on a synagogue in London.

In a separate incident elsewhere in the capital a Jewish man was dragged from his car and assaulted. "It is a pattern with which we and the police are now sadly familiar, whereby hysteria is whipped up against Israel, and British Jews then suffer a wave of anti-Semitism," said a spokesman for the trust.

In other parts of the country there has been a rise in the occurrence of anti-Israeli and anti-Semitic graffiti. Police in Northumbria say they have deployed more officers to the Bensham area of Gateshead which is home to around 5,000 Orthodox Jews.