Dimona's Nuke Plant a Target? I Don't Think So. Expect An Attack On Our Airport Instead 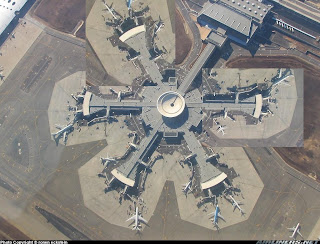 I know the media is all worried about the terrorists hitting the nuclear power plant in Dimona, but don't think that is what they will target with the limited amount of long-range rockets they have at their disposal.

The nuclear power plant is reinforced to sustain a huge amount of force, much more than their rockets can deliver. It would take a bunker-buster to take out Dimona, and that requires an air assault that Hamas doesn't have the hardware for.

I don't expect them to rain rockets down on Dimona, but I do expect them to start targeting our airport as soon as the ground incursion starts (I'm sure that is what they are holding those long-range rockets for). 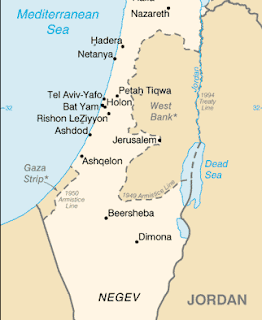 Tel Aviv is almost the same distance/radius as Dimona form the rocket-launching areas in Gaza, and Tel Aviv's diamond is the airport.

The airport is Israel's lifeline to the world--our main point of commerce and tourism. If they threaten the airport, the tourism industry (a lifeblood of much of our economy) will dry up. Also, it will trap many people in the country and make them panic to get out.

The landing strips are very long and easy to hit. They will also take a few days to repair, a few days that Hamas would love to have for the publicity factor alone. With Israel surrounded by Jew-hating countries, the only way out with the airport closed would be by sea, and it would take a heck of a long time, at that.

Of course, Israel isn't going to mention this. They don't want tourism to dry up in anticipation of such an action, and they hope to cut off Hamas's ability to launch such an attack before it happens.

Egypt would not be surprised if Hamas has a number of rockets in the Gaza Strip capable of reaching Israel's main nuclear power station, an Egyptian intelligence official told WND.

The official's estimates, which could not immediately be confirmed by Israeli defense sources, are instrumental since Hamas routinely smuggles weaponry in tunnels that snake underneath the Gaza-Egypt border. He said he believes Hamas could have rockets that can reach Israel's nuclear plant in Dimona, which is about 40 miles from the Egypt-Gaza border.

Hamas is known to possess 122mm Katyusha rockets, which have a range of about 18 miles, and has fired improved 122mm Katyusha's, with ranges up to 30 miles. The Egyptian intelligence official said Hamas may be saving larger, 220mm rockets, with ranges in the vicinity of 44 miles, which would place both Dimona and Tel Aviv within range.

Asked to comment yesterday on his group's rocket capabilities, Abu Abdullah, considered one of the most important operational members of Hamas' so-called military wing, the Izzedine al-Qassam Martyrs Brigades, would only tell WND, "We can reach deeper and deeper."

Do you really want to understand the conflict in the Middle East? You have to listen to what the terrorists say behind closed doors. Only one man has been listening to them - Aaron Klein, WND's Jerusalem bureau chief and author of "Schmoozing With Terrorists." Get it now from the people who published it - WND Books.

Earlier this week, Abu Abdullah and a leading member of a top, Hamas-allied terrorist group in Gaza both told WND they have "surprises" in store for Israel.

Sources inside Hamas and the Popular Resistance Committees hinted to WND the claimed "surprises" include the ability to hit Tel Aviv with rockets from Gaza, a claim that may be grounded in some truth.

Telling is a Grad rocket fired on Sunday that landed near Gan Yavne in south Israel, an area that is just a 15 minute highway ride from Tel Aviv. The Israel Defense Forces said the rocket was launched from northern Gaza, the furthest point from which to reach deepest inside Israel.

WND, though, obtained specific information indicating that rocket actually was fired from just outside the Egyptian embassy in central Gaza, meaning if the same rocket had been launched from northern Gaza it could technically have reached outside Bat Yam, a satellite town of Tel Aviv.

Avital Lebovich, a spokeswoman for the IDF, did not deny Palestinians may be capable of firing at Tel Aviv.

"Hamas can have variety of capabilities," she told WND when asked whether Gaza rockets can strike Tel Aviv.

Meanwhile, Israel's Haaretz newspaper today reported municipal authorities in Rishon Letzion, a town near Tel Aviv, told residents to begin preparing bomb shelters so they can be ready "for any possible scenario." Tel Aviv authorities decided to update their emergency response guidelines as a result of the fighting in Gaza, Haaretz reported. Tel Aviv authorities stressed to the Israeli newspaper the move does not mean the city is under the threat of attack.
Posted by Unknown at 7:24 AM