Israel Suddenly Discovers the Blogs! Calls for Army of Bloggers To Fight Anti-Israel Posts. Gets A Thousand Volunteers. Now What? 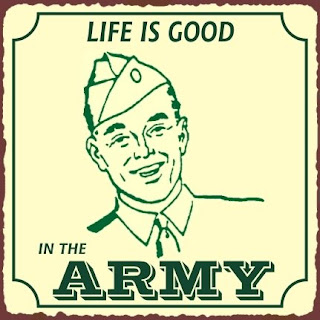 The war of the blogs is on.

Finally, almost too late to believe, Israel has finally started thinking about PR and tapping into the power of the blogs, facebook, and all the other alternative and social networking possibilities to spread Israel's side of things.

Of course, it probably won't help much. The Israeli Government Spokesperson admits, "We are in the process of thinking how to utilize these volunteers." (I guess they should have thought about that first??)

We are dealing with Amalek. There is baseless hatred boiling over from every direction and there is more than enough need to give our side.

We are supposed to just drift away into the sands of history and disappear.

How dare we actually claim our ancestral lands, demand our right to live in our own country with our own laws and our own people without being constantly attacked!

How dare we assume that we have the same rights as other human beings!

From the Catholic Church's Mr. Ratzinger, to the Spanish government's cancelling of the Holocaust Memorial activities, to Turkish hate, to Iranian nuclear bombs and, of coruse, our own idol to self-hate and suicide: Ehud Olmert--we are being attacked from all sides.

It is about damn time that everyone started to rally in our defense.

Some 1,000 new immigrants and foreign-language-speaking Jews volunteer to army of bloggers set up by Absorption Ministry and Foreign Ministry with the stated objective of flooding blogs with pro-Israel opinions

Arye Sharuz-Shalicar, 31, whose parents emigrated from Iran to Germany, is a one-man PR show. He speaks Persian, German, English, French, and Spanish and can also get by in Russian, Turkish, Arabic, and Italian.

Sharuz-Shalicar is one of the front-line soldiers in the Ministry of Absorption's new "army of bloggers" that was recently established in cooperation with the Foreign Ministry's public relations department following Operation Cast Lead in the Gaza Strip.

The Absorption Ministry is recruiting new immigrants and Jews living abroad who have access to a computer and who speak a second language to a volunteer effort to improve public relations for Israel on the internet. The campaign was launched last week.

The ministry was amazed by the massive response to the effort. More than 1,000 interested applicants contacted them, of which 350 are Russian speakers, 250 English speakers, 150 Spanish speakers, 100 French speakers, and 50 German speakers.

A range of other European languages are also represented among the volunteers: Portuguese, Swedish, Dutch, Italian, Romanian, Hungarian, Polish, Greek, Bulgarian, and Danish. Persian-, Turkish-, and Arabic-speaking Jews also offered their services. The ministry even got an application from a Chinese speaker.

Some 60% of the applicants are immigrants, old and new. The rest are Jews living in the Diaspora, Israelis living abroad, and even non-Jews who support Israel and want to help out.

The Absorption Ministry forwarded the volunteers' details to the Foreign Ministry, which briefed them via email and provided up-to-date material on the situation, including video clips that could help them in the field.

While the Absorption Ministry is tasked with recruitment, the Foreign Ministry will be responsible for directing the volunteers online. Each time the ministry identifies an anti-Israel trend on a foreign-language blog, news site, or other website, it will immediately put out a message to the volunteers to flood the site with pro-Israel opinions.

Absorption Ministry Director-General Erez Halfon commented, "This provides an important opportunity for new immigrants, who have always been a strong Zionist nucleus, to feel like they are contributing to improving Israel's image in the world. The foreign-language-speaking immigrants are a real asset, and it is important to take advantage of this. From our perspective, it was like an emergency call up, and I am thrilled that the response was so great."

Noam Katz, director of the Foreign Ministry's PR department, said, "We are in the process of thinking how to utilize these volunteers not only during conflict, but also during regular times as well."

Miriam Schatzberger, 25, a new immigrant from Germany, joined the ranks of the ministry's volunteers.

Schatzberger said, "I surf the German websites, and I was shocked by the anti-Israel reports. It is really smart to go on these blogs, to introduce myself as an Israeli and just to talk to them in order to try and balance out the picture."
Posted by Unknown at 8:47 AM