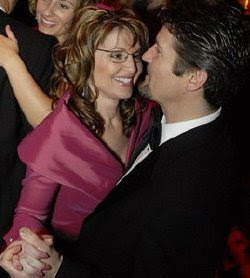 When I was 21, I was going to college in Ohio. I had decided to major in English, and I had signed up for one of the required classes, “Women Playwrights and Artists.” I wasn’t thrilled with the topic, and to this day I barely remember what was studied, but I do remember the professor. I remember her mostly because she wasn’t what I had expected from a “feminist” professor. I was expecting some incarnation of Bella Abzug or Jane Fonda, but she looked more like a 15th century Flemish painting. Her dress was detailed and decidedly frilly; her hair was a mass of tightly curled blonde ringlets, and her face was pale and pink-cheeked, lashes and brows so light they blended into her skin.

I waited patiently for her to speak; and when she did, in carefully enunciated English with a hint of a Chicago accent, it was if the whole world opened for me. She said, “Every one of us must find our own definition of what a feminist is. My definition of a feminist is this: a woman who is proud of what it is that makes her a woman.”

Up until that point, to me, a feminist was someone who hated men but who, strangely, also wanted to emulate them. Feminists wore pantsuits and sensible shoes, they never had their nails done, and they were imperious and bossy. I had never considered that I could define a feminist any way that I wanted to, and that a feminist could actually be someone like me—someone who liked dresses and the color pink, someone who looked forward to the love of a good man, someone who wanted children and a house and a fulfilling career that augmented rather than replaced a family. I sat there, hearing nothing else of the lecture that day, contemplating the idea that I could actually be a feminist—but on my own terms and by my own definition.

I had been freed from the false dichotomy of “feminist-vs-feminine” and realized that I could be both. I set out to try to be both, and, along the way, I discovered that there were role models everywhere—women defining, for themselves, what it is to be a woman. My mother and my older sisters, for example, had always been there for me to draw strength from. They are Western women, strong in their convictions, their opinions, and their faith; but loving and kind to their families and their friends, loyal to their country, and unafraid to cry in public.

And they aren’t alone. They are also the women who choose to stay home. Women who bake bread in the morning, kiss their husbands goodbye, drive their children to school, and go home to clean their houses, make dinners and wash clothes. If they had a moment in their busy schedule, they would sit down and tell you why they no longer practice law or see patients any more and how they love their lives, their husbands, and G-d. They are feminists, in their own way, and they define themselves.

I was tired of the images that the media and the politicians tried to feed about what a woman should be, but too busy to look for an icon. I watched a battery of pantsuit-clad, sensible-shoe wearing women clomp across the stage—newscasters and politicians, pundits and talk-show hosts. They all wore the stamp of acceptable, carefully controlled women’s images manufactured by the media. They represented what I was supposed to be, but not what I am or ever wanted to be.

When Sarah Palin crossed the national stage, however; I saw something new.

Suddenly, on national news, I saw myself. I connected. I saw her walk across the stage and knew that this was a feminist like me, a feminist who defined herself. She is a feminine feminist. There she stands in her dress and her stylish glasses and her beautiful shoes, and I say to myself, “Where have you been?”

She has a manicure and kids, a career and the love of a good man. She has faced challenges in her family and met them. She has a disabled child and a loveable but uncontrollable teenager. She has enemies accusing her of being a bad mother because she is working; and a bad worker because she is a mother. I have been there too, and I know how she feels. She is real, and she is everything I am and ever wanted to be and more.

The media seems perplexed by Sarah Palin’s sudden stardom, but I have no doubts about why she is so popular. Finally, the women of America have a REAL feminist to look to. We are not told we have to be militant women with bad haircuts who want to be men. We are not told we have to wear pants and prove that we are smart. We are your mothers and your sisters and your professors and your doctors. We love our kids to a fault. We wear perfume. We make mistakes. We need men, we love men, and we know that men and women are different. We are happy for that difference, proud of it, in fact.

So, Sarah Palin, don’t worry about what they say about you. They aren’t saying anything they didn’t say about us too. We’ve got your back. Now, go out there and make us proud, keep them guessing, and never let them define you.

-----
Dr. Yael Kassorla is an instructor of English at Georgia Gwinnett College in Lawrenceville, Georgia.
Posted by Unknown at 7:52 PM