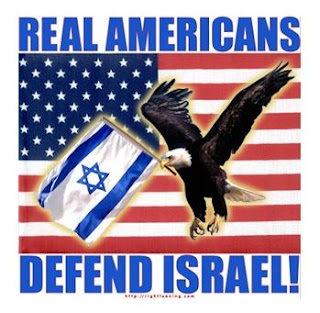 (IsraelNN.com) A planned coast-to-coast North American Jewish student strike scheduled for Thursday is morphing into a full-day student information campaign to protest Prime Minister Olmert's proposed plan for Expulsion II in Judea and Samaria. The silence of America’s Jewish leadership over the issue will also be protested, say the organizers, the United Jewish Student Council.

Much of the change has to do with the reasons that sparked the protest in the first place, namely, the silence of the major American Jewish organizations that run Jewish communal life in the United States and Canada, including the established Jewish day school and yeshiva systems.

While the student effort organized hundreds of individual and small student groups across the North American continent, the schools determinedly made an equal effort to ignore, and in some cases actively oppose, the grassroots movement's planned protest. The strike was aimed at the Israeli government's discussion of another official expulsion of Jews from their homes, and the Olmert-Livni government's plan to hand over significant portions of Jerusalem and possibly a number of holy Jewish sites to the Palestinian Authority.

Student Strike Becomes All-Day 'Orange' Affair
According to student organizer Yosef Rabin, the event, originally intended to last only for the first period of the school day in grades six and up, has garnered a lot of interest. However, it has also created a fair amount of apprehension as parents and students express concern about the repercussions from school administrations that might not agree with the event’s political agenda.

Prime Minister Ehud Olmert and Palestinian Authority Chairman and Fatah leader Mahmoud Abbas (Abu Mazen), meanwhile, met without their aides on Tuesday afternoon in what Israeli media billed as possibly their last meeting. Coverage by Israeli and world media was noticeable for its silence; neither the agenda nor the content of the meeting had been reported by day’s end.

Speculation was rampant among political pundits earlier in the week that the two leaders were cooking up a document that would set into motion plans for a PA state that any subsequent government would find difficult to alter. It was believed that such plans would ultimately include some division of Jerusalem, as well as the transfer of up to 98.1 percent of Judea and Samaria to the sovereignty of the PA.

“Many students have decided to follow the alternative 'protest' plan of wearing orange and passing out information to students throughout the school day instead,” Rabin said, citing “heavy pressure from within the various communities” as a reason for the change.

The strike was intended to protest the silence of America’s Jewish leadership on Israeli government actions, not just the actual policies themselves, according to Rabin. He reports that the issue has generated a lot of response, both pro and con.

“Organizers are seeing this as a long-term campaign, so we are very pleased that students have adopted at least some way to bring the plight of the communities of Yehuda v’Shomron [Judea and Samaria] and parts of Yerushalayim (Jerusalem) to the attention of the exiled communities (Diaspora Jewry –ed.]. We are hoping that this will be the start of a much broader campaign to wake up the leadership and start a serious Resistance to expulsion,” he added.

Students in schools on both the East and West Coasts as well as Chicago, Maryland and in Canada have all made firm commitments to participate in the event. New York’s Great Neck Republican Congressional candidate Liz Berney offered to participate at any school that strikes in her area.

In Israel, the event has won kudos, publicity and support from the Women in Green and Land of Israel activist organizations.

A Voice in the Wilderness
A young Jewish girl in a Michigan public school also intends to protest, although technically she is underage.

Rachel Brooks, a fourth grader at “Bates” public school in Woodhaven, Michigan, overheard her mother talking about the project and said she, too, wanted to participate in the event.

“She is the only Jewish child against several Muslim children,” wrote her mother in an email to the organizers.

“However, when I was talking about this cause with her she was determined to wear orange to school Thursday, so even though her school doesn’t participate, she will,” Rachel’s mother added. Needless to say, she is a great kid, not afraid to stand up for what she believes in, no matter how difficult.”
Posted by Unknown at 2:50 PM