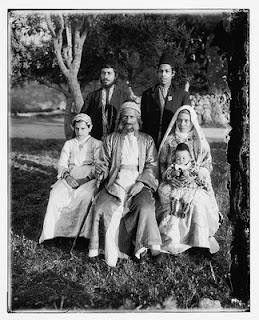 Frankly, I don’t understand why good Sephardi parents would want a respectable Sephardi girl to attend one of these disgusting schools where they learn to pronounce Hebrew incorrectly, favor chomrot over Halacha, and will never allow one of their sons to marry her anyway. The Sephardic men won’t want to marry her because she will be convinced of the superiority of the Ashkenazi ways and will refuse to follow the Minhag of her husband, and the minhag of her ancestors.

I think Hashm is protecting Sephardim when we are not accepted by these ignorant groups. Unfortunately, in the interest of “civil rights” she will no longer be protected from these backward people, and she will lose her history and her pride along with her heritage.

When will our people begin giving our money to fund schools for our children? Why can’t there be a system of superior Sephardi schools, where Ashkenazim compete to be admitted?

Every day I see evidence of rich Sephardim giving money to schools that would never admit their children, to synagogues that spit on their heritage, and to organizations that would never plan a Sephardic event.

Ask questions before you give. Make some inquiries. Do some research. We need to support those institutions that support us.

Six-year old believed to have been denied admittance to school based on her ethnic background. 'Beyond the question of discrimination that floats above this case, the refusal in itself is peculiar,' says court

Following several days of uncertainty, a child that was initially denied entrance to an ultra-Orthodox school was finally allowed to attend, as the result of a court order.

On Tuesday, Tel Aviv's administrative court ordered the Beit Yaakov School in the central city of Elad to admit the child to the first grade. The child's parents asked for the court's intervention after their child was denied entry, apparently due to the family's "oriental descent."

During the court hearing, Judge Kobi Vardi said that "without delving into the question of discrimination that floats above the refusal to admit the child, the refusal itself is peculiar, to say the least."

Besides the child in question, there are four other girls who were denied admittance by the same school.

Attorneys Shneor Tzoref and Ronen Milrad, representing the parents, told Ynet that "this is a historic and precedent decision obligating a school belonging to the haredi Ashkenazi stream to admit the child immediately.

"This girl was denied admittance as the result of a racial policy led by the leader of the Independent Education Center and the Beit Yaakov School."

'Discriminated due to ethnic background'
The appeal to the court was filled after the Beit Yaakov School denied the admittance of a 6-year-old girl, stating that the decision stems from her being "a Mizrahi."

Four other girls who were not accepted by the school have remained home without a scholastic framework. The five girls appealed to the Education Ministry, and although the ministry ruled in their favor, the school itself has yet to supply an approval letter, admitting the girls to the school.

The Education Ministry's stated in its official appeal letter that "no probable cause or reason was presented in denying the girls' admittance to the Beit Yaakov School in Elad. Besides the fact that the independent education committee decided that girls who went to the Agudath Israel kindergartens would be denied acceptance."

Despite the decision made by the Education Ministry, the school still refused to admit the girls. And now the courts have been involved.

The law office represents the Independent Education Center has yet to respond to the court ruling.
Posted by Unknown at 2:37 PM