Change? The Only Change You'll Get Is In Your Pocket! U.S. to 'guarantee' Palestinian state 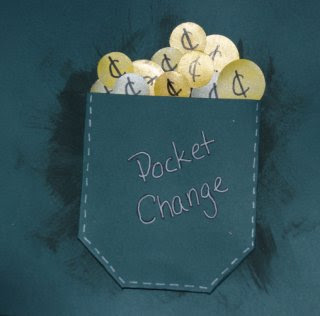 JERUSALEM – The U.S. is planning to issue a letter guaranteeing the country will back agreements reached during current Israeli-Palestinian negotiations aimed at creating a Palestinian state before President Bush leaves office in January, WND has learned.

The move is intended to ensure any agreements reached by the Israelis and the Palestinian Authority, and spelled out in a joint document, will be recognized by the next U.S. administration and binding for Israel and the PA.

The information comes as Jacob Walles, the U.S. consul-general, stated in an interview with a major Palestinian newspaper yesterday that Israel and the PA agreed to negotiate Jerusalem and the Jordan Valley area leading to the Dead Sea.

In response to the report, the State Department issued a statement claiming the U.S. government has not taken a position on the borders of a future Palestinian state and denying Jerusalem is being discussed.

But Israeli and Palestinian sources intimately familiar with the current talks tell WND Jerusalem is being negotiated, with Palestinian officials claiming the talks are in advance stages.

The sources also said the U.S. recently floated a plan to divide Jerusalem.

According to informed Israeli and Palestinian sources, officials from the State Department this year presented both negotiating sides with several proposals for consideration regarding the future status of Jerusalem. It was unclear whether the U.S. proposals were accepted.

One U.S. plan for Jerusalem obtained by WND was divided into timed phases and, among other things, called for Israel eventually to consider forfeiting parts of the Temple Mount, Judaism's holiest site.

According to the first stage of the U.S. proposal, Israel initially would give the PA some municipal and security sovereignty over key Arab neighborhoods in eastern Jerusalem. The PA would be allowed to open some official institutions in Jerusalem, could elect a mayor for the Palestinian side of the city and would deploy some kind of so-called basic security force to maintain law and order. The specifics of the force were not detailed in the plan.

The initial stage also calls for the PA to operate Jerusalem municipal institutions, such as offices to oversee trash collection and maintenance of roads.

After five years, if both sides keep specific commitments called for in a larger principal agreement, according to the U.S. plan, the PA would be given full sovereignty over agreed-upon eastern Jerusalem neighborhoods and discussions would be held regarding an arrangement for the Temple Mount. The plan doesn't specify which parts of the Temple Mount could be forfeited to the Palestinians or whether an international force may be involved.

The PA also could deploy official security forces in Jerusalem separate from a non-defined basic force after the five-year period and also could open major governmental institutions, such as a president's office, and offices for the finance and foreign ministries.

The U.S. plan leaves Israel and the PA to negotiate which Jerusalem neighborhoods would become Palestinian.

According to top diplomatic sources, Secretary of State Condoleezza Rice, who visited the region last month, pressed Israel to sign a document by the end of the year that would include Jerusalem by offering the Palestinians a state in Israel's capital city as well as in the West Bank and Gaza Strip.

The Israeli team rather would conclude an agreement on paper by the end of the year that would give the Palestinians a state in the West Bank, Gaza and some Israeli territory, leaving conclusions on Jerusalem for a later date, the informed diplomatic sources told WND.

The sources said the Palestinian team has been pushing to conclude a deal by January on all core issues, including Jerusalem, and has been petitioning the U.S. to pressure Israel into signing an agreement on paper that offers the Palestinians eastern Jerusalem.

Rice, the sources said, has asked Israeli leaders to bend to what the U.S. refers to as a "compromise position," concluding an Israeli-Palestinian agreement by the end of the year that guarantees sections of Jerusalem to the Palestinians. But Israel would not be required to withdraw from Jerusalem for a period of one to five years.
Posted by Unknown at 12:38 PM