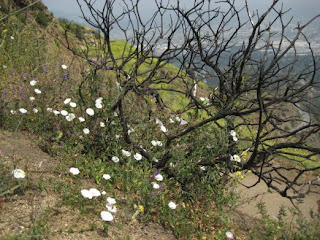 If Rabbi Angel was a rock band, I would sell T-Shirts!!

The Virtue of Inclusivity: Thoughts on Shabbat haHodesh, March 13, 2010

Rabbi Elazar ben Arakh was one of the outstanding students of Rabbi Yohanan ben Zaccai, in the generation after the destruction of the Temple in Jerusalem by the Romans in 70 C.E. He was described as an overflowing fountain, filled with Torah knowledge and intellectual creativity. He was so brilliant that the Pirkei Avot suggests that if all the scholars were on one side of the scale and Rabbi Elazar ben Arakh was on the other side of the scale, he alone would outweigh all of them in greatness.

With so much talent, it must have been expected that he would become the leading rabbinic figure of his generation. Surprisingly, though, he seems to have faded out; his legal opinions are rarely cited in the Talmud. What happened to this promising sage? How did this genius sink into obscurity?

The Talmud (Shabbat 147b) relates that Rabbi Elazar moved away from his fellow scholars, and went to live in a place where people were overly concerned with their physical comforts and pleasures. He became a hedonist. While pampering himself, he let his Torah study lapse. Indeed, his spiritual condition declined so sharply that when he visited his colleagues at some later point, his profound ignorance of Torah shocked them. Rabbi Elazar was called to read from the Torah the passage we read on Shabbat haHodesh--and he couldn't even pronounce correctly the first three words.

How did the sages respond to their hedonistic colleague who no longer maintained his commitment to Torah study? Did they send him away? Did they scorn him? Did they malign him? No.

The Talmud tells us: when the sages realized how far Rabbi Elazar had sunk, they prayed for him! They asked God to have mercy on him. They must surely have been disappointed in Rabbi Elazar--but they loved him, they knew his true greatness, they wanted him back with them. The Talmud says that because of the prayers of the sages, Rabbi Elazar's Torah knowledge was returned to him and he once again assumed his role as a Torah scholar. His name was changed to Rabbi Nehorai, implying that he enlightened the eyes of the sages in Torah and halakha. Rabbi Elazar learned that one cannot be a Torah scholar if one isolates himself from fellow scholars; one cannot be a religiously vibrant person if one gives in to hedonism and materialism.

Rabbi Elazar's return to the fold was precipitated by the words he mis-read--the words we read on Shabbat haHodesh. These words announce that the month of Nisan represents a new time for the people of Israel. This is the month of redemption from Egypt; this is the month of beginning to live as a free, independent people. These words of Shabbat haHodesh challenge us to recognize that we are entering a new era, and that we need to rise to the awesome responsibilities. When Rabbi Elazar haltingly read these words, he must have been struck by how far he had fallen from the goals of Shabbat haHodesh; he must have profoundly sensed how he had failed miserably to live up to his own and his colleagues' expectations. He had sold himself out, for a few physical pleasures.

He may have thought his life was ruined, beyond salvation. But then he heard his colleagues pray for him--and his spirit was restored. He knew that they had not given up on him, and he was now determined not to give up on them. Rabbi Elazar ben Arakh, who had fallen into a life of physical comfort and pampering, now became Rabbi Nehorai--the light of his generation in Torah.

As we observe Shabbat haHodesh, we call to mind that amazing time just before the exodus from Egypt. We feel anticipation and excitement at the advent of Passover--just a few weeks away. This is a time of renewal, a time of re-assessment of where we've been, where we are, and where we are going. While this is a time for personal reflection and re-commitment to Torah and halakha, it is also a time to pray for and reach out to those who have drifted away and have become spiritually complacent. By showing concern and genuine love for others--even those who have lapsed from their ideal potential--we help them re-focus on their lives; we also help ourselves become better and more thoughtful people.

A dominant theme of this season is "inclusivity". Let all who are hungry--physically or spiritually--come and find sustenance. Let all who are distant come closer. Let us strive to welcome those who seek us, and let us not be afraid to take the first step in reaching out to them.

***Please share the Angel for Shabbat column with family and friends. Thank you for supporting the Institute for Jewish Ideas and Ideals, www.jewishideas.org