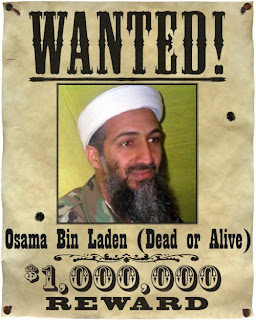 I don't want to think about it, really, but when someone suggests that they are going to do an attack that is "bigger than 9/11" I guess it begs the question.

I am just hoping that these crazies are just bluffing, or that their weirdo terrorist drones get caught, or Hashm intervenes in 1000 different ways to make this blow back in Osama's face.

So many people have said that they fear that our new president will be attacked, and they always suggest that it is going to be some white-power group that would be doing it. I have always thought that, instead, it would be a fanatic Islamic terrorist group who threatened him the most--as they would regard Obama as a Moslem (son of a Moslem), who was not living the life of a devoted member of Islam. This scary story from Debka just confirms my fear.

Look, I didn't vote for Obama, and I am sure I won't be happy with many of his policies, but he is my President Elect, I am an American, and NO ONE BETTER MESS WITH MY PRESIDENT--I don't care whether I voted for him or not!! He's still going to be the POTUS, and that's that. Next time, maybe I'll get someone I like better, but the way to a new president is ONLY through the voting booth--not through some wacko with an agenda!

G-d forbid this Osama Bin Laden plan succeeds, whatever it is. He is an evil man, and I hope that he will be caught alive and put on trial so that everyone in the world can see his craziness.

DEBKAfile’s counter-terror sources report that US president-elect Barack Obama, European and Russian heads of state in Washington for the G20 conference over the weekend were briefed about a probable early al Qaeda attack.

Obama and his team have been advised that a new al Qaeda strike is highly probable in the United States or against a key US target in Europe, North Africa or the Middle East.

DEBKA-Net-Weekly 372 of Nov. 14 disclosed that al Qaeda’s Yemen base, a reliable barometer for Osama bin Laden’s schemes, issued a Directive to All Fighters in Arabia on Nov. 9 presaging a major operation in the United States that will “change the political and economic world” and be “far bigger than 9/11.”

The notice said “the operation is very near” and “precise instructions were in the hands of “the fighters, who are already on their way to America” armed with bin Laden’s orders. The pretext offered for the attack is the rejection by the US and Europe of al Qaeda’s four-year old truce offer whose original pre-condition was the withdrawal of their armies from Iraq and Afghanistan.

The day after the new president’s election, al Qaeda issued a little-noticed statement declaring Barack Obama a murtad, i.e. an apostate whose betrayal of Islam is judged the most heinous. Believers have the duty to execute a murtad unlike other non-believers whose death sentence is optional.

“Today, virtually every major terrorist threat that my agency is aware of has threads back to the tribal areas. Whether it is command and control, training, direction, money, capabilities, there is a connection to the FATA (Pakistan’s Federally Administered Tribal Areas.)”

In private, most heads of the intelligence agencies fighting al Qaeda admit that an attack on the United States or major American interest outside is only a matter of time.
Posted by Unknown at 3:56 PM