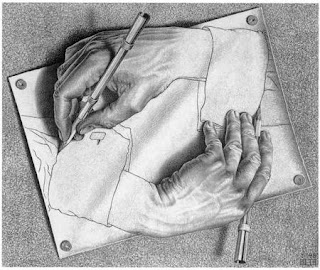 (IsraelNN.com) If you are one of the many would-be writers who have unpublished short stories stashed away in their drawers, this may be your chance. In an effort to encourage creative Jewish writing, Jerusalem Israel Publications has announced a short-story writing contest which is offering attractive cash prizes sponsored by the Irving Moskowitz Foundation of Miami Beach, Florida.

The company’s director, Yisrael Goldberg, says that everyone talks about the need to inject true Torah values into the cultural arts in Israel, and he hopes that the contest will stimulate talented people to take their Jewish creativity out of the closet.

At the request of the Moskowitz family, the contest has a special category for young writers, to let their voices be heard. Participants are being asked to center their stories around one of three themes:

* the settlement of the Land of Israel
* acts of kindness
* or highway safety.

Stories should be at least six pages in length, and the deadline for submission is Chanukah.

Tzvi Fishman has published several popular Jewish novels, and taught screenwriting at New York University before immigrating to Israel. He was awarded the Israel Ministry of Education Prize for Jewish Creativity and Culture. According to Fishman, the world didn’t learn the art of drama and storytelling from the Greeks as textbooks maintain. “All of the ingredients for dramatic storytelling were already in the Bible long before the Greeks appeared on the map,” he claims.

Explaining the importance of the short-story contest, Yisrael Goldberg says: “Whenever there’s talk of a peace agreement, the Israeli media rushes to interview their pet leftist novelists, as if they are the paragons of social justice and morality. Why don’t they interview writers like Tzvi Fishman instead? Hasn’t he written enough novels and movies? To make our voice heard, we have to promote writers with a religious and Zionist worldview. I hope the contest will stimulate that.”

Regarding the contest sponsors Fishman said, “When I visited Dr. Moskowitz and his family in Florida,” he recalls, “I was blown away by their home library. Bookcase after bookcase testify to their passionate commitment to the Land of Israel, Zionism, Jewish History, and Torah, and to quality literature as well.”

Story submissions in English or Hebrew can be sent to itzik@pisrael.com. Include your name, e-mail address, and age.
Posted by Unknown at 4:00 AM