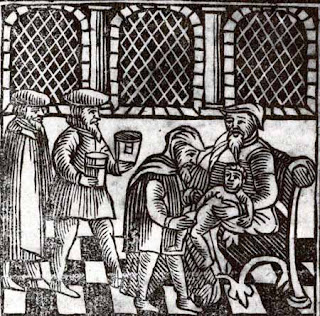 How many times have we heard that it was "not good for the child" to have a Brit Milah, when, in fact it was a hatred of Jews that was actually at the root of the issue? Now, I guess this new hate includes Moslems too--let's be frank. They want to exclude both Moslems and Jews from their country.

This is so incredibly anti-Jewish I can't even comprehend that someone could even wrap their lips around the words that this "committee" has discussed and not realize the evil that they are speaking and about whom they are speaking it.

This is no small thing they are suggesting. They are deciding to destroy a religious right that has existed from the time of Abraham.

Is this how Denmark will finally destroy their good name in regard to the events of the Holocaust? Is this how they finally answer their legacy? Very sad. Very sad indeed.

Proposal to raise circumcision age to 15 causes storm among Jewish community. 'If law is passed, Jews will have to leave place they've been living in for hundreds of years,' says Denmark's chief rabbi.

COPENHAGEN - At a time where anti-Semitic acts seem to be on the rise in Europe, a bill was proposed in Denmark that will affect mainly Jews – the banning of male child circumcision.

Denmark's National Council for Children has recommended the legislation of a law banning circumcision of boys under the age of 15.

The passing of this law would make the Jewish mitzvah and tradition of circumcising a child on his eighth day a crime.

The country's Ethics Council supported the proposal and now only the parliament's medical committee can intervene and prevent the proposal from being heard.

"Circumcision is the irreversible damage to a child's body before he is given the chance to object," the National Council for Children argued.

The Council further claimed that the banning of male child circumcision was a matter of equality among the sexes.

The new proposal caused a storm among the Jewish and Muslim populations in Denmark, with 95% of the 7,000 Jewish population circumcising their sons.

Denmark's Chief Rabbi Bent Lexner – who is also a certified circumciser in the community – said he hoped the matter would be left alone.

"The comparison between circumcision and the intentional mutilation of the female sex organ in certain societies is simply complete nonsense," Lexner told Yedioth Ahronoth.

"If the law forbidding circumcision is ever passed in Denmark, Jews will have to leave the place they have been living in for hundreds of years."
Posted by Unknown at 7:01 AM