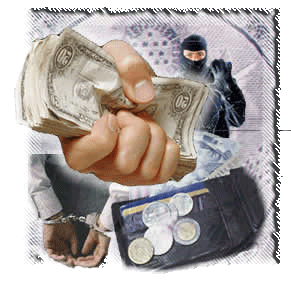 New news just keeps getting worse for Jewish victims of Madoff's association fraud. It isn't bad enough that we all have to contend with an economic meltdown. We also have this vulture picking at the bones of what is left.

The new list is as heartbreaking as the old one (if you want to see it, it is available in PDF form on the Post Website). Former sports stars, national organizations, celebrities, and regular people are all represented.

The whole thing is such an incredible tragedy for everyone involved. I'm just thanking G-d that he doesn't have the chuzpah to wear a kippah as he goes into court and pretend he is religious when he has done so many terrible things to so many people (you know, like those agriprocessor criminals from Postville).

A massive list naming thousands of Bernard Madoff's victims - from ordinary Joes who were wiped out to moguls and celebrities who lost millions - was filed yesterday in federal bankruptcy court.

The list - which does not disclose the amount of money lost by each person or entity - includes previously undisclosed victims, among them legendary Dodger pitcher Sandy Koufax, World Trade Center developer Larry Silverstein and Madoff's own lawyer, Ira Lee Sorkin.

In all, 13,567 customers appear, with many individuals or entities holding multiple accounts in Madoff's collapsed Ponzi fund.

New York City addresses show up 2,167 times in the tally, which was compiled by a firm hired by Irving Picard, the lawyer appointed trustee in the liquidation of Madoff's securities firm.

Members of the Wilpon family, Koufax's longtime friends who own the New York Mets, show up throughout the list, which details the many financial accounts the clan had invested with Madoff.

Another sports great on the list is Bobby Nystrom, who played on the New York Islanders' Stanley Cup-winning hockey dynasty in the 1980s.

Cablevision, which owns the New York Rangers and Knicks, as well as Madison Square Garden, Radio City Hall and Newsday, is also identified as a victim.

Norman Braman, the hugely wealthy former owner of the Philadelphia Eagles, shows up, too.

Even Irwin Kellner, the chief economist for MarketWatch, was victimized.

US Sen. Frank Lautenberg (D-NJ) appears on the list, as does his daughter, Ellen.

The tally includes the estate of lawyer Howard Squadron and his wife, Anne, the parents of Brooklyn Heights' new state assemblyman, Daniel Squadron.

Arthur Luxenberg, the law partner of state Assembly Speaker Sheldon Silver (D-Manhattan), shows up, as does the name of the state's former chief judge, Sol Wachtler, who was convicted of threatening his former lover.

The entertainment world is well represented.

In what will come as small comfort to Madoff's victims, many relatives of the accused swindlers' family are on the list as victims, including both of his sons, his wife, Ruth, his brother, Peter, and his niece Shana, all of whom worked for him.

The list includes accounts held by the accused scammer himself.

The Hadassah Jewish women's charity is listed, as is the nonprofit group founded by Nobel-winning Holocaust survivor Elie Wiesel.