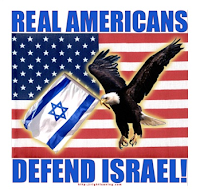 B"H
Unlike Europe with, as Mitt Romney put it, Cathedrals that are "so inspired, so grand, so empty," America's churches and synagogues are full and growing.
Obama might have forgotten why Israel was created, but America hasn't.
America hasn't forgotten Israel's importance to the world.  America hasn't forgotten the Jewish connection to the land.  America still believes "those who bless Israel will be blessed."
In fact, according to this poll, those candidates who support Israel WILL be blessed:
A candidate's image as pro-Israel or anti-Israel could affect elections, the poll found. 52.7% said they were more likely to vote for a  candidate they perceive as pro-Israel, while 24% said they are less likely to vote for someone pro-Israel. 53.6% said they would not vote for an anti-Israel candidate even if they agreed with them on other issues, while just 31.6% said they would.
G-d bless America, G-d Bless Israel, and let the people speak in November!
M
----

A poll conducted by McLaughlin and Associates has found that the majority of American adults support Israel, and oppose U.S. President Barack Obama's Middle East Policy. While a majority of just over 50% expressed approval of Obama's work in office, more expressed disapproval  than approval of his handling of American-Israel relations.

Those polled expressed support for Israeli positions. 50.9% said Jerusalem should remain Israel's undivided capital, compared to just 20.4% who disagreed. 77.9% said that Palestinian Authority leaders should recognize Israel as the Jewish state, compared to just 6% who said they should not.

51.6% agreed that Obama has been less friendly to Israel than previous presidents, while 35.4% disagreed. 54.4% said they disagree with Obama's  policy of publicly criticizing Israel and not the PA, while 27% agree with Obama's actions.

Another finding was a strong concern that America could be the target if Iran obtained nuclear weapons. 49.8% said Iran is at least somewhat likely to attack America if it develops nuclear weapons, while a smaller  number, 45.4%, termed such a scenario unlikely.

59.8% expressed support for destroying Iran's nuclear facilities in order to prevent the creation of a nuclear weapon, if sanctions fail.
Posted by Unknown at 4:38 PM