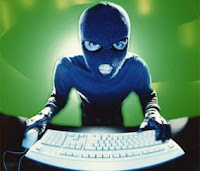 
I have no problem with people expressing ideas, having disagreements, and staging peaceful protests.  However, stealing credit card information from innocent Israeli families and exposing that information on the internet is going way too far.


This is not legitimate protest.  This is not political speech.  This is pure, unadulterated criminal thuggery against hard-working regular people on the street.

And they think, what?  That this is somehow justified?  They think this is a proud act?


It is a disgusting act.  It is an act beneath human contempt.


I have been very close to the edge of financial ruin too many times to count.  Sometimes a credit card is what stands between me and the loss of food, shelter, health care, heat, and/or electricity.


And here are these rich Saudis, satiated in the pork-fat of luxury, with nothing to do but hack the accounts of working families in Israel?  Really?


They should be ashamed.  I hope that we find them and make every single one of them pay each and every family back all that is owed, and I hope they have to work the rest of their lives to earn it.

A group of Saudi hackers publishes the credit card information of some 400,000 Israelis.
By Elad Benari

Credit cards (illustration)
Israel news photo: Arutz Sheva
A group of Saudi hackers published on Monday the credit card information of 400,000 Israelis and said they are making use of the information they stole.

The same group hacked the Israeli sports information website One on Monday evening and posted a file containing the details of some of the cardholders. Channel 10 News, which first reported on the hacking, said thatthe details published include names, email addresses and, worst of all - credit card numbers, including three-digit security codes.

According to the group, which defines itself as a Saudi branch of the Anonymous hackers group, the file contains 400,000 accounts. The group said it intends to continue to publish details of more accounts at a later time.

People who tried to enter One on Monday evening were forwarded to the Saudi group’s website and to the file containing the information.

“We decided to give a new year’s gift to the world: the information of about 400,000 Israelis,” the hackers wrote.

The added, “What fun it is for us to see 400,000 people gathered in front of credit card companies and banks and complaining that their credit card information has been stolen. To see Israeli banks destroying 400,000 credit cards and producing new ones (so expensive, huh?). To see people buying things for themselves using the credit cards and damaging the credibility of Israeli credit cards around the world.”


Channel 10 reported that the Bank of Israel has launched an investigation into the hacking, in cooperation with Israel’s three major credit companies, which had been unaware of the hacking until it was reported on Channel 10.

A spokesperson for One confirmed one of the website’s servers had been hacked into, adding the breach was quickly repaired.